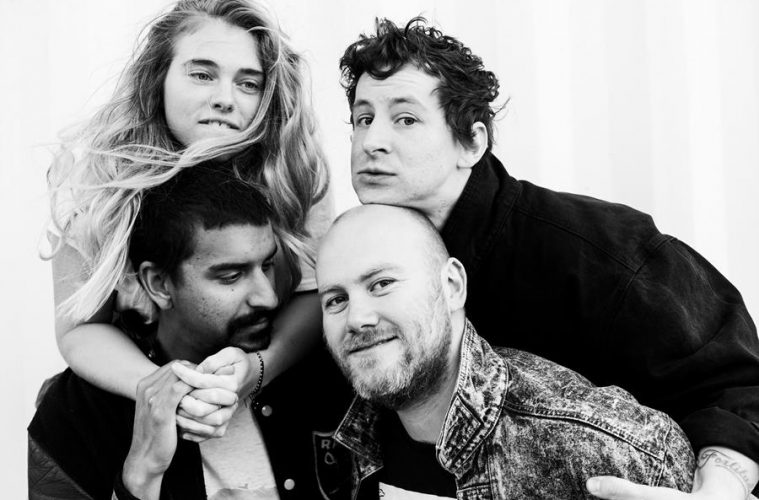 Melbourne, Australia based punk band, Press Club, have shared the music video for “Behave”, taken from their highly anticipated new album Wasted Energy. The album was released last week and is the follow up to the band’s wildly successful debut, Late Teens.

Press Club’s sonic calling cards are all present on the new album; the fuzz-addled, kicked-in speaker bass of Iain MacRae, the thick guitar tones of Greg Rietwyk, the merciless drumming of Frank Lees, and the emotionally charged vocal deliverance of Natalie Foster.

The band previously released the song and music video for “Thinking About You”. The track has been met with critical praise and grabbed add’s on some of Spotify’s biggest rock charts – New Noise, Fierce Femmes and All-New Rock. They also released a studio video for “New Year’s Eve” previous to the album release.

Marked out as a band to keep an eye out for very early on, their music was singled out for its honesty and integrity, and the band praised for their powerhouse live performances. Press Club have garnered a reputation as one of Australia’s heaviest touring bands. They have tormented their home country’s infamous burden of distance by playing over 200 shows in every Australian state and territory in just two years.

The band will embark on their biggest UK headline tour to date, including performances at Reading & Leeds Festivals after an overwhelmingly successful tour earlier this year that included sold out shows in London, Zurich and Edinburgh as well as festivals like Manchester Punk Festival, Liverpool Sounds City, The Great Escape and Belgium’s Groezrock. A full list of upcoming shows can be found below.

Sharpening the razor on their post punk/garage rock cavalcade, the band continues to flex their independence. The growth of, and their faith in their own abilities is as evident as ever.