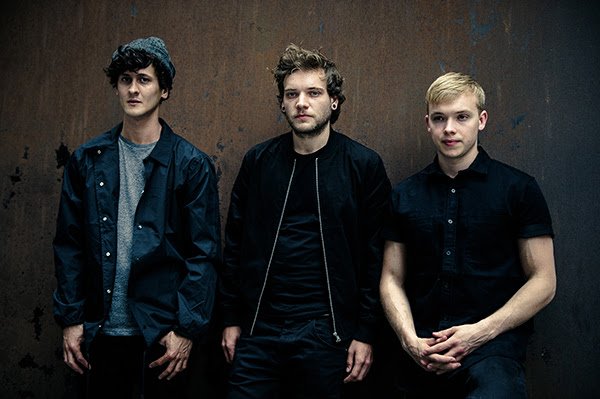 Fresh from a 27-date European tour with US rock band Shinedown, alternative rock trio Press to MECO have released their single “A Quick Fix” taken from their new acoustic EP. The EP will feature completely reimagined versions of tracks from their debut album”Good Intent” and widely acclaimed sophomore album “Here’s To The Fatigue“.

Known for their huge 3-part harmonies and intricate guitar work, Press to MECO are an exciting and powerful alt-rock trio, but after receiving widespread applause for their acoustic set at 2000 Trees Festival last summer, they got back in the studio to reimagine some of their favourite releases. “A Quick Fix” is the first of three releases before the EP drops on 15th February.

‘Press to MECO’ are guitarist/vocalist Luke Caley, bassist/vocalist Adam Roffey and drummer/vocalist Lewis Williams, a trio on a relentless pursuit to harness their sound into a punchy, driving and visceral powerhouse.

Lewis, Luke and Adam have found creative inspiration in bands like The Dillinger Escape Plan, Rueben, Everything Everything, Manchester Orchestra and Deftones; to pop artists ABBA and Michael Jackson.

There is no question that 2017 and 2018 were pivotal years for Press To MECO, building on their unconventional take on riffs, pop hooks and 3-part vocal harmonies that have become a trade mark.

Their second album “Here’s To The Fatigue”, recorded by producer ‘Machine‘ in Austin, Texas has taken the band another step forward, with appearances supporting Don Broco and at festivals such as 2000 Trees and Camden Rock.