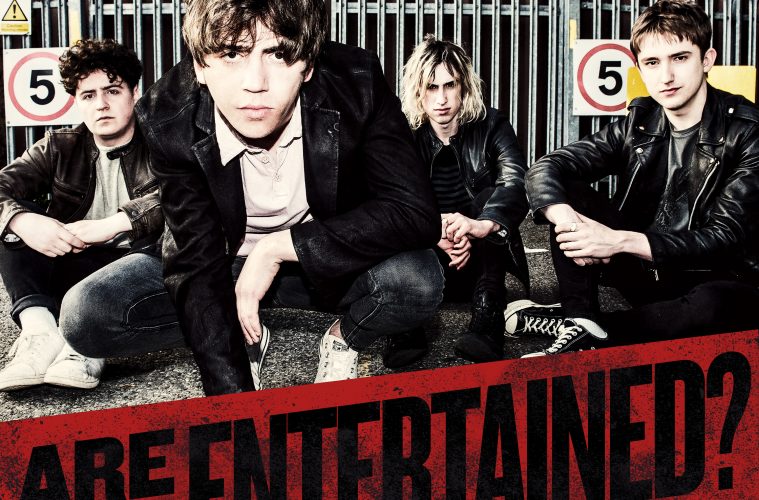 PRETTY VICIOUS UNVEIL VIDEO FOR ‘ARE YOU ENTERTAINED’

rockyourlyricsDecember 6, 20180 views
News0 views 03 min read
Pretty Vicious today reveal the turbulent new video for ‘Are You Entertained’, the latest single from their eagerly anticipated debut album, out 2019 on Big Machine/John Varvatos Records.
Directed by Benn Veasey and shot in black and white, the video sets the four piece loose in a fairground, performing ‘Are You Entertained’ in an anti-gravity ride. The stark surroundings create a brilliant contrast to the song’s crackling energy, which gains momentum as the band are thrown around the ride’s spinning walls. The video builds to a thrilling climax of strobe lighting, snarling vocals and screeching guitars.
Frontman Brad Griffiths says ‘“It’s a song about teenage exuberance and rebellion…the feeling of invincibility and a big ‘F*** You to the world.”
Following the band’s return with ‘Move’ and knockout set at Reading and Leeds in August, ‘Are You Entertained’ lays down another undeniable marker as Pretty Vicious’ return continues to build momentum ahead of their long awaited debut album in 2019.
As they gear up for their anticipated album, Pretty Vicious have packed more highs and lows, disappointments and triumphs into their fledgling careers than most bands manage in a lifetime. The teenage Merthyr four piece were only four gigs into their existence when an unseemly A&R scrum plucked them from their small town Welsh roots, and dropped them into an industry whirlwind they were barely equipped to survive. As managers and executives squabbled over the direction the prodigiously talented yet gloriously untamed teenagers should take, the industry and the process chewed them up and spat them out.
A few have experienced this familiar story of too much, too young. Fewer still have had the confidence, belief and raw talent to drag themselves back from the brink and deliver a future classic brimming with youthful dreams and the frustrations of small town mundanity. After their (now ex) management had reached a dead end with the initial recording process and a string of incompatible producers, fate conspired to drop a copy of their raw demos on the desk of U.S. based GRAMMY® award winning producer and Big Machine Label Group A&R executive Julian Raymond. Immediately recognizing their immense, unhoned potential, Raymond wasted no time in bringing them into the fold of Big Machine’s newly created rock label in partnership with iconic fashion designer John Varvatos. Suddenly the stars aligned, and with a new management team behind them, Pretty Vicious found themselves within a structure – Big Machine/John Varvatos Records in the US and long time supporters Virgin / EMI in the UK – to unlock their immense potential.
With recording now complete with producer Dan Austin (You Me At Six, Twin Atlantic, Pulled Apart By Horses), their forthcoming debut album captures perfectly the youthful energy and attitude that initially caused the London A&R scene to go all-in on an unruly gang of teenagers from the Welsh valleys.
Still all aged under 21 and having experienced the music industry at its must turbulent, Pretty Vicious are a band that have now found their footing and have unlocked the potential of how powerful their music truly is; with every scream and guitar screech, they’re one step closer to replicating the arena rock success of their forefathers. They have the songs, anthemic and heavy, as well as a youthful zeal that feels like a breath of fresh air in a staid rock scene.
Pretty Vicious are Brad Griffiths, Elliot Jones, Jarvis Morgan and Tom McCarthy.