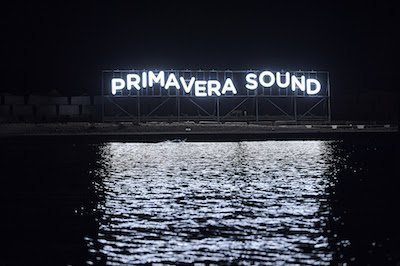 Over 220,000 attendees will have enjoyed the nineteenth edition of the festival that yesterday has closed with yet another record-breaking day of attendance with Solange, Rosalía and J Balvin

The celebration of this two-decade long existence will start with the Primavera Weekender, a two-day festival in Benidorm in November

If you blinked at any moment, this is what you missed at Primavera Sound 2019. FKA Twigs in the seventh heaven, brandishing her sword. Charli XCX and Christine and the Queens debuting a collaboration on stage. Kevin Parker ploughing through the psychedelic seas on board Tame Impala. Janelle Monáe, the self-proclaimed queen of the world. 070 Shake showing us what hip hop should be like in 2019, following Nas who had reminded us what it should always be like. The crowd-drawing pop of Carly Rae Jepsen. Guided by Voices, at last. Nina Kraviz transcending the DJ set. María José Llergo’s initiation ritual. A stage invasion during Japanese’s concert with the stellar appearance of Yung Beef. The abrasive pummelling by Carcass. Ivy Queen putting a shine on the most radical perreo. Sons of Kemet surpassing the boundaries of jazz with their four drum kits. Miley Cyrus dropping her new songs. Justin Vernon, the brothers Dessner and Julian Baker in a collective embrace on stage.

Don’t close your eyes just yet. Making an appraisal when there are quite a few Primavera Sound hours still to go is a risky business as in the Parc del Fòrum there is always something going on. Tonight’s shows by Rosalía, J Balvin, Solange, James Blake, Stereolab and Jarvis Cocker will put the finishing touches to an edition that is historic for many reasons: because it is the first to achieve gender equality on the stage and for attracting more than 220,000 attendees during the Primavera Sound week, with the historic record of over 63,000 people yesterday Saturday. The 2019 edition, that has ended today at the CCCB with another day of free concerts by Filthy Friends, Cupido and Christina Rosenvinge, will go down in history as that of the The New Normal, at which the present has been female, prejudices have finally crumbled and the exceptional has become the normal.

Now we have to look forward to Primavera Sound 2020. When the last notes of the last track at DJ Coco’s session in the Apolo ring out in the early hours of Monday morning, Primavera Sound will start preparing for the celebration of the 20th anniversary of the festival, which began in the Poble Espanyol in 2001. Primavera Sound 2020 will include events all over the world, and amongst them there will be the first edition of Primavera Sound Los Angeles, that will take place on 19th and 20th September 2020 in the Los Angeles State Historic Park of the iconic town. Faithful to the philosophy of the event, the new festival will present a unique Primavera Sound brand lineup in urban surroundings. A small number of tickets will go on sale, before the announcement of the lineup and for a few hours only, at a special price next Friday 7th June at 6pm (Spanish time).

The first celebration of the anniversary will come earlier, much earlier. Almost one year before, on 8th and 9th November 2019, Primavera Weekender will mark the unofficial start with a collective celebration in the Magic Robin Hood resort in Benidorm where the fans of the festival will share the same space and time in communion with artists such as Belle & Sebastian, Primal Scream, Mura Masa, IDLES, Sleaford Mods, Cigarettes After Sex, Whitney, Weyes Blood, John Talabot and Carolina Durante, among many others. The event, for which tickets will go on sale on June 17th at the price of 180€ (also covering accommodation and full board), was also announced last Wednesday with a huge banner at the entrance to the festival.

And even more immediately with NOS Primavera Sound 2019, the edition in Porto that for the eighth year will fill the Parque da Cidade with the sound of Solange, Rosalía, J Balvin, Interpol and Erykah Badu in just a few days.

2020 Vision: We see and are seen clearly. When one thing ends, another one begins. And what is coming has just started.

The new normality that Primavera Sound has adopted as a new slogan has also permeated the discourse of Primavera Pro. The international meeting of the music sector celebrated its tenth edition between 29th and 31st May at the CCCB, with over 3000 professionals, organising a programme of showcases, activities and cross-sectional conferences, putting on stage an overwhelming majority of women, speakers and artists, headed by Neneh Cherry, whose ever-evolving career earned her the recognition of the Primavera Award 2019. This forum of ideas and opportunities has also tested the conventions and limits of musical congresses with the start of Insumisas, a recent addition to the programme that has explored the political dimension of feminism in the area of culture.