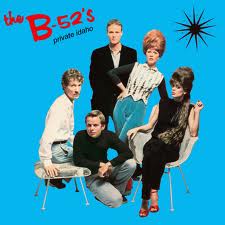 Private Idaho was released in 1980 as single extracted from the album “Wild Planet”, the second one of the band.

The lyrics have been written as a critic to the lack of openness and the emptiness of the American society, the one that lives outside the major cities.

Obviously the tone of it is not very aggressive, but you can read clearly between the lines, that something is happening outside their world, something that they cannot avoid just placing their heads inside the ground.

The song represented one of the major successes of the band and it has been used in several movies as soundtrack.

It even inspired the movie “My own private Idaho” made by Gus Van Sant in 1991 that tells the story of a trip of two friends across America and Europe (showing a very young Keanu Reeves).