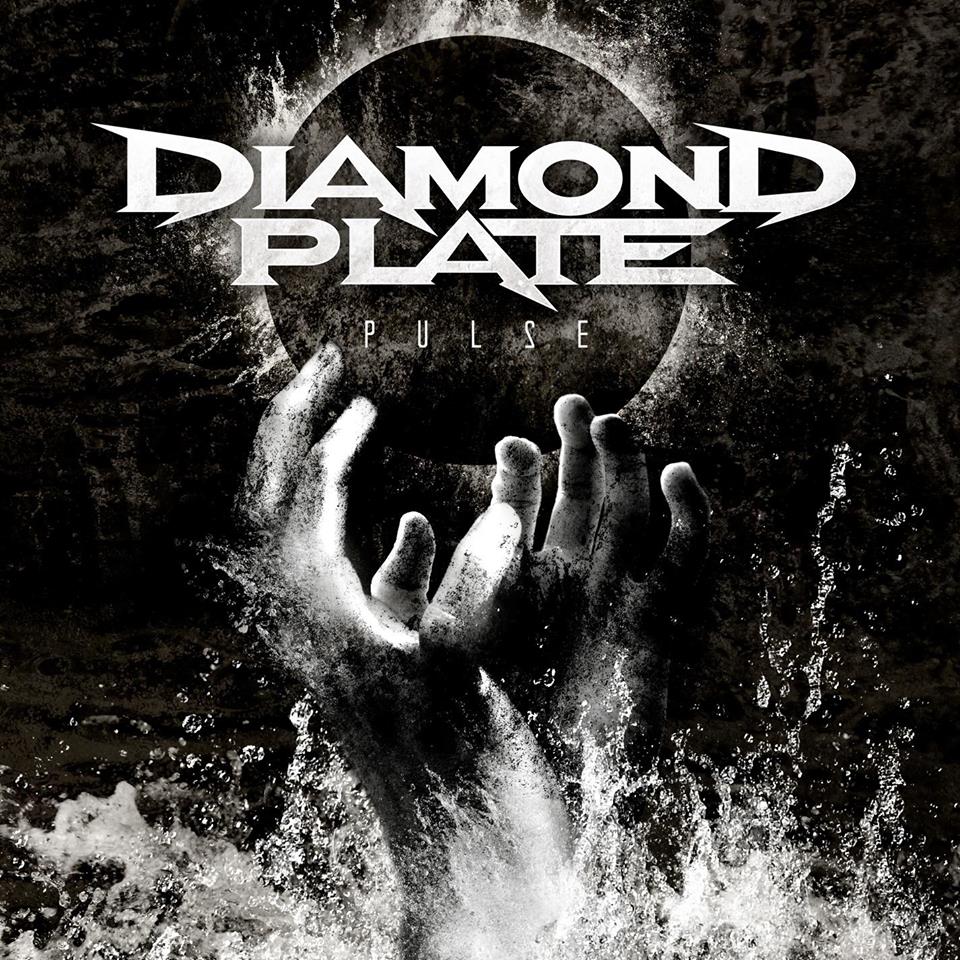 Our journey in the Metal world continues with a band that you should not miss: Diamond Plate (http://diamondplateband.com) from Chicago.

Their new album “Pulse” was released in august this year and represents a key step ahead in the career of the band, a change of sound and intense and very personal lyrics……

RYL: We had the opportunity to listen to your new album “Pulse.” We believe it shows a change in the sound of the band. What was the reaction of your fans?

Diamond Plate: We’ve changed as people over the past few years, and the music on this album is a reflection of that. We play what we feel and make the music we want to make, and it’s been great to hear people really connecting with ‘Pulse.’ Some fans were freaked out because it is a pretty different record, but we knew that would happen as soon as we wrote the songs.

RYL: We believe the instrumental song “Persistence of Memory” is the key to reading the entire album. What do you think? Do you agree with us?

Diamond Plate: No, the whole album is the key to understanding what we’re trying to say. The record was written for the listener to experience it from beginning to end. So in a way, the listener is the ‘key’ and we give them the door to walk through.

RYL:  Let’s talk about the lyrics; how do you write them? What is the main difference between “Pulse” and the previous album “Generation Why”?

Diamond Plate: All three of us write the lyrics together. Music means a lot to us, so we all make sure that what we’re putting out there represents something deeper to all the members.

‘Generation Why?’ was a collection of riffs and songs that we’ve had since we were 15 years old, while ‘Pulse’ was written and recorded in about a year and it reflects everything we went through in that time. The new album deals with emotions and vibes instead of just playing fast nonstop.

RYL:  “Walking Backwards” is the first song of the album; the guitar progression is just fantastic! How did you create this song and how have you written its lyrics?

Diamond Plate: Thank you! The song was one of the first to be written in different parts of the world. We were inspired by touring for the first time and being able to write music away from home.

RYL: Pick two songs from the album and tell us why.

Diamond Plate: ‘Walking Backwards’ because I’m most proud of the guitar performance on that one. ‘Rainmaker’ because it’s the most emotional song on the album for me.  (Konrad Kupiec)

RYL: Tell us about “Still Dreaming”; what it does represent for you?

Diamond Plate: The song was written by our drummer Jim after a personal tragedy happened to his family a few years ago. It represents different emotions for all of us, but it’s definitely deepest for him.

RYL: What is your “guilty pleasure” in music?

Diamond Plate: Guilty pleasures in music don’t exist for any of us in the band. You like the music that you like, and you should never feel guilty about.

RYL: What is behind the lyrics of “RainMaker”?

Diamond Plate: Every song on the album was written for the listener to interpret for himself/herself. I think the best part about listening to music is figuring it out. We know what the songs mean to us, but we would rather people find their own meaning.

RYL: You are currently on tour; how is it going? Which was your best gig so far? Why?

Diamond Plate: The Death Angel tour is beyond amazing. We have been out for two weeks, and so far our favorite show was 2 nights ago in Wilmington, Delaware of all places. The crowd was crazier than all the cities in California and Texas, and those are usually pretty crazy.

RYL: What do we find at the “Bottom of the Glass”?

RYL: Have you seen the recent movie of Metallica? If Yes….. do you know what is inside the bag? If not, are you planning to see it?