Switzerland’s rising stars RAGE OF LIGHT just unleashed a musical monster! Their mix of sharp riffs, electronic beats, melody and screaming violence breaks down to the long awaited debut album ‘Imploder’, which is out now and available everywhere!

Together with the album release comes the powerful video for “Battlefront”.

The band on the new album:
“The day has come! We are thrilled to finally release our debut album “Imploder”! Moreover, everybody in the band is impatient to bring it in person to many countries with our upcoming live shows. We are looking forward to meeting everyone on the road and until then, play “Imploder” LOUD!” 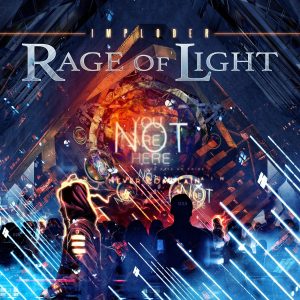 Secure Your Copy Of Imploder HERE:

RAGE OF LIGHT are a Swiss trance metal/melodic death metal band, created by vocalist/keyboardist Jonathan Pellet, known for his past works with Trophallaxy/Dysrider. Jonathan came up with the idea to create a hybrid of trance and melodic death metal elements in 2007, but due to being busy with other projects, it took almost a decade for the idea to fully bear fruit. Finally, in 2015, he recruited vocalist Melissa Bonny and guitarist Noé Schüpbach to complete the band.