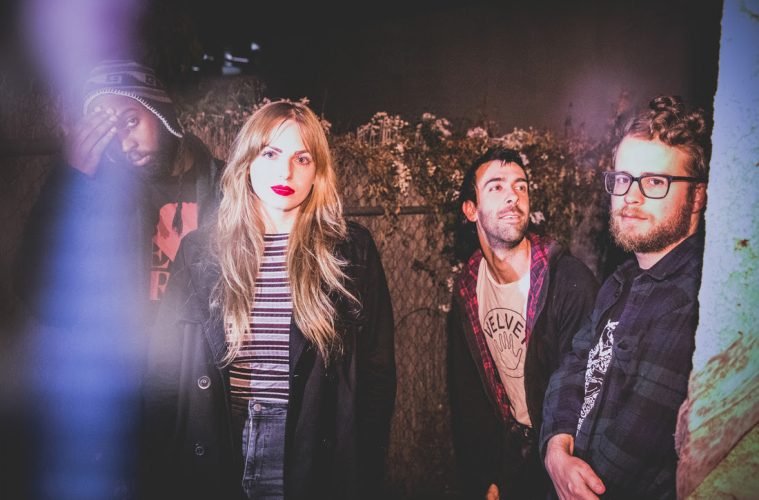 On June 14 Ramonda Hammer will release their debut full length album ‘I Never Wanted Company’ on New Professor Music, home to Rosie Tucker, Cheekface, yOya and more (pre-order). The band revealed “Hoax“, the first single from the forthcoming release. The track is available share at Spotify and Soundcloud.

On ‘I Never Wanted Company’, Ramonda Hammer’s front-woman Devin Davis takes a hard look at her struggle between despairing loneliness and embracing independence. The Los Angeles quartet’s blistering guitars and Davis’ paint-peeling vocals – equally recalling past greats like Hole and likeminded contemporaries like Mannequin Pussy – form a strong support for lyrics that grapple with two years of emotional upheaval for Davis.

Since the band released their 2017 EP ‘Destroyers’, a release that cemented Ramonda Hammer as a tentpole act in L.A.’s surging community of woman- and queer-fronted bands, Davis struggled to come to terms with her codependency, fought against her own overwhelming over-analysis, and got into her first queer relationship. The result is an album that’s bruising, cathartic, searching, and ultimately therapeutic. The quartet – Davis on vocals and guitar, Justin Geter on guitar, Andy Hengl on bass and Mark Edwards on drums – has never sounded more powerful, providing a muscular frame for Davis’s cutting observations on her own life. Featuring production by Alex Newport (At The Drive In, Bloc Party), ‘I Never Wanted Company’ is a triumphant return for Ramonda Hammer.

“No one is coming! No one!” Davis wails at the end of lead single “Hoax”. On its face, it’s a bleak and almost nihilistic statement – but for her, it’s a call to independence. In the same vain on “Relativity”, she muses, “I want to love myself the most, and still get fucked by you the most.” Meanwhile, “Better View” finds Davis learning the nature of a relationship with a non-binary partner. With her trademark sass, she says “I adore you better when we’re talking shit outside,” and then adds, “and you ignore the effort when I’m on my knees.” Similarly on the waltz “A Dramatization,” Davis sings, “I did a hard thing, but you don’t get hard now.” Davis explains: “Those are pretty sexual things. I don’t write lyrics about sex too much, but it’s an important part of attraction, understanding identity, and the difference between hetero and queer relationships – especially a queer relationship with a person who doesn’t identify with the body they were born into.”

‘I Never Wanted Company’ is clearly a document of a songwriter and a band refining a true and honest sound. Ramonda Hammer’s sound has become central to a burgeoning L.A. scene the band helped build over the last few years, a scene which in turn has begun launching its bands onto the national stage. But it’s also a personal document for Davis, and one she hopes to offer as a guide to people who want to take better control over their own lives and emotions. “I’m an anxious person,” Davis says. “It helps me to play loud rock music with gritty sounds and brash lyrics. Sometimes you need to scream to wake up.” 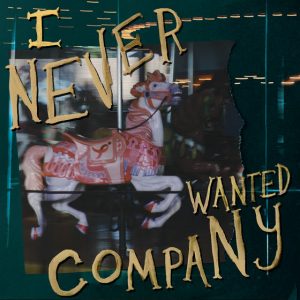