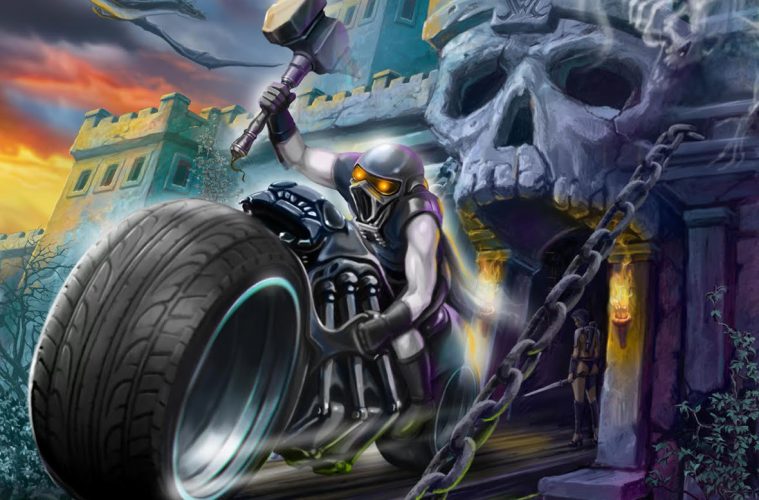 RAVAGE, the heavy metal band from Boston, Massachusetts which formed in the mid 90’s and showcase a combination of power speed and speed metal influences has released the first single from the band’s forthcoming “The Derelict City” limited edition EP CD.

The song called “Till Heaven Cries“, is the first all-new music the band has released since “The End Of Tomorrow” album appeared on Metal Blade Records in 2009.

The new five song offering “The Derelict City” features four never-before-heard original tracks as well as a cover of a song from the band My Pet Demon.

Ravage’s most recent offering was the full-length “Return Of The Spectral Rider” album which saw the band re-recording it’s 2005 release “Spectral Rider”.

Singer Al Ravage has checked in with the following comment:

“It’s great to finally get some brand new music out there. We have a pile of material we’ve been putting together for a long time and this limited edition EP is just a taste-test to display some of the kinds of sounds we’ve been working on. There are more or less traditional NWOBHM-type songs like “The Derelict City”, Overkill and Kreator influenced thrashier material like “New Age Survivor” and this first single “Till Heaven Cries” which is a typical speed metal romp with a lot of guitar work I really like. The lyrics are kind of strange. I channeled a lot of Ronnie James Dio for the lyrics, but they were mostly inspired by one of my favorite graphic novel collections…the old mid 90’s comic book series “Preacher”, by Garth Ennis. It’s a fantastic series that any comic book fan should check out. For good measure we rounded out the EP with a cover of a local band we used to play with a lot called My Pet Demon. They broke up a long time ago and the song we covered was only available on a local demo, but it was one of my favorites from that scene.”

“The Derelict City” will be released independently through the band’s own label SWWR Recordings and will be distributed by CD Baby. It will be limited to just 300 collectible eco-digipak CD copies worldwide and will be available for streaming and digital download.

Ravage is currently working on a double album of new material, tentatively entitled “Ravage The Earth / Ravage in Peace“.

Ravage heads out on a 19 show, 10-country European Tour for the entire month of July along with LICH KING and SEAX which culminate with an appearance at the Headbangers Open Air festival in Germany. 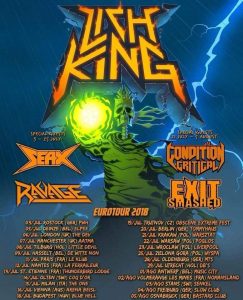