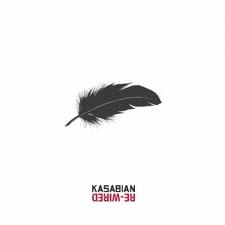 20th October 2011 is the date when “Re-Wired” has been released as a second single from the album “Velociraptor” ok the English rock band Kasabian.

It has been written by the guitarist Serge Pizzorno that has a true talent as songwriter.

In fact the song has influences of psychedelia and electronic music, both very liked by him and the band.

Many interpretations were given to the lyrics of the song, despite the fact that there was no clear explanation from the band about the real nature of it.

The most common idea is that this song is about drugs and, in particular, heroin.

Many are the verses of Re-Wired that let you think about drugs: “Now this blood and glitter, it tastes so bitter”, “Try to keep up, you scatter brain,She will enter through your vein” and, the most strong one ….”the flame I need to heat the silver”

What do you think, do you agree with our interpretation?