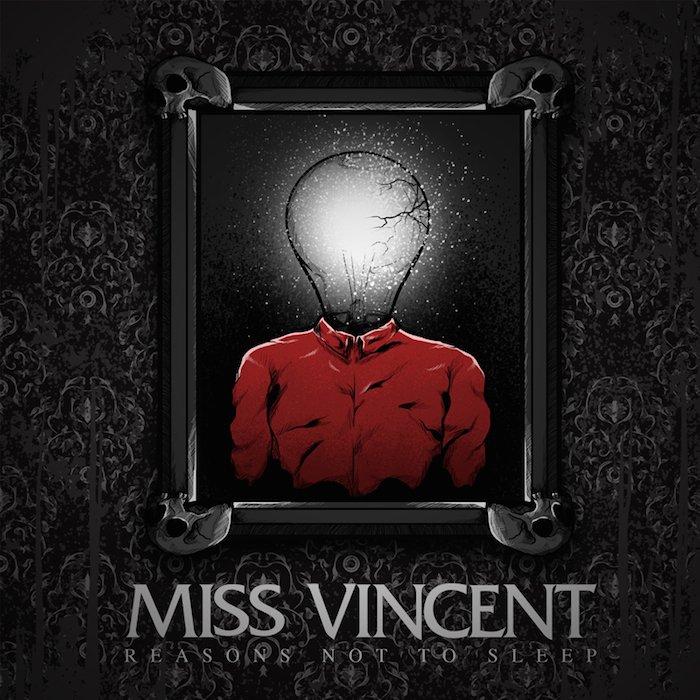 Reasons Not To Sleep – interview with Alex Marshall – MISS VINCENT

RYL: tell us everything about your new album “reasons not to sleep” to be released in may this year…. What it means for you, lyrically speaking?

MISS VINCENT: Thematically the title says it all – the EP centres around the things that keep me up at night. It’s full of the things that endlessly play on my mind – why I have an overall lack of positivity and self worth, fighting myself over a perceived lack of ability, and looking at how and why I react to things the way I do.

It’s a pretty dark and gloomy EP, but even though it might seem a little helpless and desperate in places, I think there are some positive edges to it too that I hope are quite relatable.

RYL: What inspired “How Much Further”?

MISS VINCENT: How Much Further is a little reflective, though it may not seem like it. A lot of the time I get this horrible sensation that the things I love and aspire to are nothing more than shadows – and even though something may seem within reach, it quickly reverts to being not only miles away, but horribly non existent, and I end up questioning whether it exists at all or if I’m constantly chasing ideals.

It’s written around that inescapable feeling that life sometimes waits for you to think that things are looking up before tearing you right down again.

MISS VINCENT: I wouldn’t say there’s a common inspiration in the sense that they’re all written about the same things, but the sound and feeling on this EP is certainly darker.

I find writing songs a massive release and a hugely cathartic process, and so I mostly find myself writing about things that I need to get off my chest. Occasionally, like in Gradients of Grey, it’s a positive message I’m trying to reinforce to myself – a call to keep going and stay motivated and positive.

Other times it’s an outlet for my demons – DNR is a plea for forgiveness to myself and others for being the way I am. I have a lot of unexplained guilt that shines through pretty often. 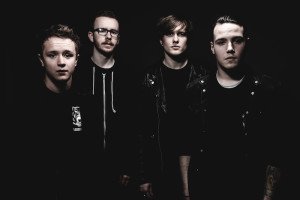 RYL:  Do you remember how the lyrics of “Shogun Queen” have been written?

MISS VINCENT: Shogun Queen is actually a development of a really old demo we had that we changed beyond recognition.

The theme of the song stayed though: I’m very ill at ease with the way most people treat each other, and this song is an explosion of my distaste at the things that I see and hear. I wrote the lyrics in about 20 minutes through gritted teeth – I couldn’t escape this hate-filled standoff between two people who were blaming each other for things that they were equally to blame for, and their arrogance and lack of self awareness really got to me.

The worst thing was, I saw parts of myself in their rants, and that just made me even more pissed off.

MISS VINCENT: I just sit down with a guitar and mess around. I always have melodies and stuff circulating my head, and most times the two coincide and I have to rush to my laptop and vomit out a song before it’s gone.

I get really sad when I don’t write for a while, it gets all pent up and I find myself trying to write 6 songs at once.

Once I’ve got a demo, I’ll send it to the guys for developing and re-hashing. I’m very protective over the lyrics though.

RYL: what is the meaning behind the verses of “Disparate, Desperate”?

MISS VINCENT: Disparate, Desperate is one of my favourite songs that we’ve done. The verses talk about how most people tread known ground with a deep set pack mentality, and how I really can’t even consider doing that.

They came from a place where I was giving advice to someone very close to me, and I sort of stopped midway through a sentence because I realised that I could do with taking that same advice. The second verse is all about perseverance. “I promise, I bet, there’s a life for you yet, but it won’t all be easy to find” is something I tell myself almost every day.

The choruses kind of tell the other side of the story – that even though I don’t want to be like everyone else, it gives me a horrific constant sense of fear and self loathing that seems to get worse and worse, kind of like I’m almost not good enough to be part of the pack.

RYL: which is your favorite song  (lyrically speaking)?

MISS VINCENT: Dis/Des is definitely up there, but the one I get most into playing is the final track on the EP, You Can’t Spell Blame Without ME.

I feel guilty over so many things and it leads to me blaming myself a lot. There are some things that are totally out of my control but that I feel like I need to improve, but of course I can’t. It just leaves me feeling fundamentally helpless.

RYL:  How do you see punk rock music evolving in the next years?

MISS VINCENT: The greatest thing about punk rock is that no matter how it changes and evolves, it stays the same it its core.

My introduction to punk rock came from The Ramones, and I think you can still hear elements of them in every punk rock band. As for the new developments within the genre, I have no idea.

I try not to look at what other people are doing so much, I just write what I like to write and commit to that.

MISS VINCENT: I have 5 songs that I wrote recently. I have no idea if any of them will ever see the light of day, but the last one is called Silhouettes. I’m pretty into it.

MISS VINCENT: We have tours planned over the Summer but nothing announced yet sadly – what I can promise is they’re gonna be rad as hell! There’s loads in the pipeline waiting to be announced, and we can’t wait to get the EP out in the open and get back on the road.

Playing shows is our favourite part of being in a band, so we’re all dying to get back at it.