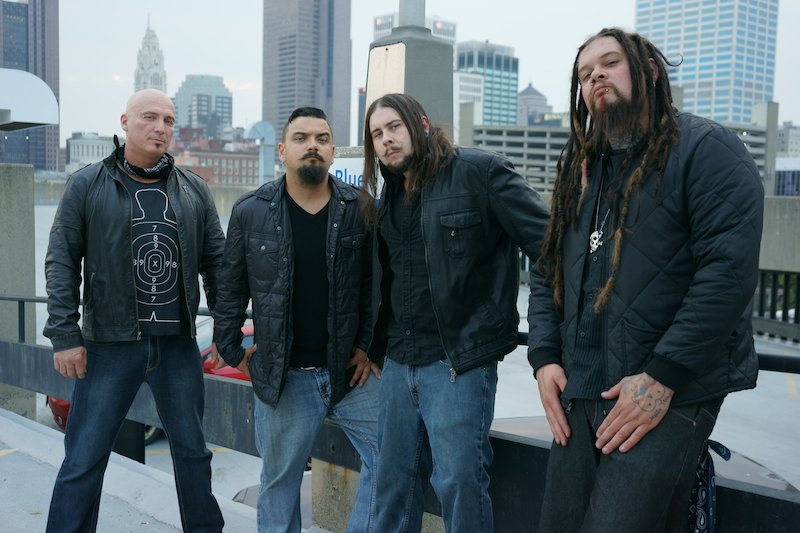 RYL: You released a new album “REBOOT THE SYSTEM” What it does mean for you its release? Which was its main achievement in terms of lyrics?

X FACTOR1: Releasing a new album is about the coolest thing you can do as an artist. It means so much to finally hear all the practice time and hard work come to fruition.

Lyrically its a total “baring of my soul”. Fears, insecurities, regrets and even some of my dreams are all involved in the songs on ReBoot: The System. Its my best stuff to date. 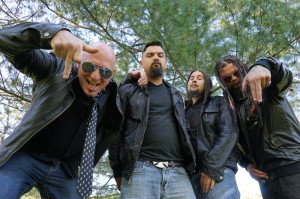 X FACTOR1: I’d say something I like to sing about is self empowerment and overcoming adversity. We all have inner strength, we just have to find it. And I like the wine woman and party. Rock should mean decadence. We’re trying to bring that back.

RYL: Which is your favorite song to play live? We love “I Blame You”, what inspired it?

X FACTOR1: We really like to play SHINE live and Peace, Love & Alcohol. The big harmonies and up beat feel is what gets the crowd moving.

I Blame You was inspired by an anonymous text I got from a fan who saw our show while we were down South on tour with Mushroomhead. He bought a cd and told us our music was really helping him through a difficult time because his fiance’ had committed suicide not long after we came through on tour.

I wished him well and 2 days later our roadie deleted my icloud on accident and I lost 695 contacts and the text from this guy. I hope he’s doing well. The video for I Blame You is scheduled to drop right before Christmas when suicide rates are typically highest. We hope to make a kind of “intervention” impact.

Be a friend…and listen.

X FACTOR1: Usually i’ll just come up with a theme that I think fits the melody. Since I write a lot of the music as well, it comes easy. Now that this lineup has been together a while its getting easier to grasp each others styles and write stronger material together.

X FACTOR1: Im not sure if I could say its thee “best”…but I’m really digging the lines from Peace, Love & Alcohol that go:

We’re the Kings of the scene – Like a social disease

So obscene, never clean – And we’re ready to bleed

RYL: what inspired the lyrics of “broken”?

X FACTOR1: Broken was the last song we wrote for Reboot. Its kind of the bands fav. Its inspired by the struggle we’ve had in the music biz. Its a tough way to go. We all have dreams. They keep us going in my opinion.

But sometimes things dont work out. And lifes tough. You gotta find a way to keep moving forward. To the light.

RYL: how did you write “shine”?

X FACTOR1: Shine was one of the first songs that came together. Our guitarist C~Lok came up with the guitar riff and it just felt like one of those folky kind of rocker songs. Then we added the almost hymnal vocal harmonies at the end and it really came together.

RYL: Tell us about the upcoming tour, where will you play?

X FACTOR1: Most of our release dates are in areas where we’re strongly established in the 9 state corn belt/midwest area. But we’ll be getting down South to the Florida area as well

X FACTOR1: For us, its keeping it real. Unfortunately that hasnt worked out real well for us..lol. Most of the music biz is extremely superficial and phony.

And that includes bands, fans and everyone in between. Generally no one wants anything to do with you unless they can make big bucks or dick you into a shitty contract.

The fans say they love you but will dump you for even a glimpse from one of the big stars that they’ll gladly allow themselves to be charged up for $100 for a 5 second photo.

We’re a very DIY kind of band. But we didnt want to be. We simply couldnt find anyone willing to work as hard as us for our goals without wanting you to sign away the farm or wanting us to become fake people. And since we’d like to leave this business someday with our dignity, we choose real.

RYL: do you remember the day you wrote “parasite”?

X FACTOR1: Parasite is another song we like to play live. I don’t remember the specific time I wrote it but I knew people were going to dig it. Its got a good flow and bounce. And who doesnt like hearing about a brow beaten underdog finally fighting back?