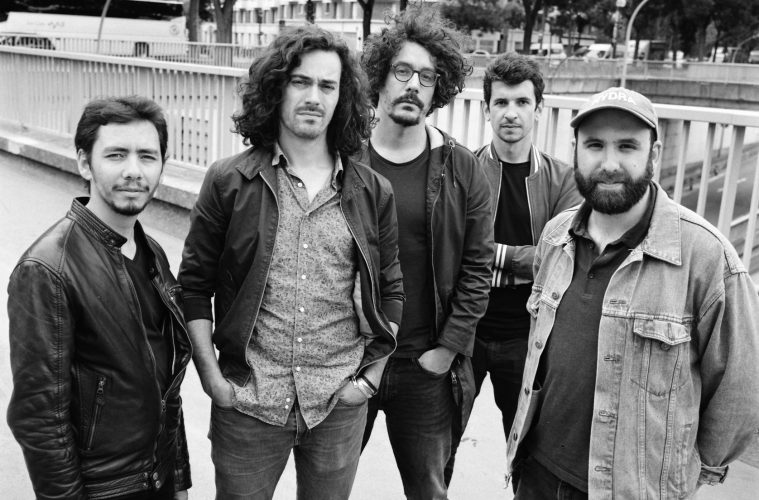 How do you usually write the lyrics of you songs?

François Gaël (FG): Well, when we started the band, François and I used to write the lyrics. Today, it’s just me. The lyrics often come from a thought, a word, a feeling, and I try to shape them like a kind of metaphor. What is really important to me is how words and sentences sound. It is not  easy as a French native, but for us it’s quite important to write in English, which is the original language of Rock / pop music. But we might try and use French lyrics for our next album. We’re thinking about it.

In your opinion what is the most important thing in songwriting?

François: As FG said previously, the sound of words, but also the mental images that create lyrics, a bit like an original soundtrack. This is the reason why our lyrics are not very descriptive.

Are you ever scared of revealing aspects of your personal life / experience to strangers through your music?

FG: I’m note really sure… maybe. I think the best place to do this is on stage. That’s where you always feel totally naked.

What is the best lyric you ever wrote (the most meaningful for you)?

An abandoned nightclub by the side of a road. The building was rather hideous but I tried to imagine what could have been the story behind it

And “Two Fingers”?
“Two Fingers” is quite like giving the finger to everything we, you, or people in general dislike in there own lives. You see what I mean?

Do you remember the day you wrote “Room 15”?

In the tube in Paris, on my way back from a rehearsal.
Very interesting things can happen there…

We have been touring France and Belgium (Paris, Chambéry, Lyon, Angers, Strasbourg, Metz , Bruxelles…) following the release of the album, and we are currently working on a new video clip, for “Twisted Soul”. It’ll be a lot of fun.