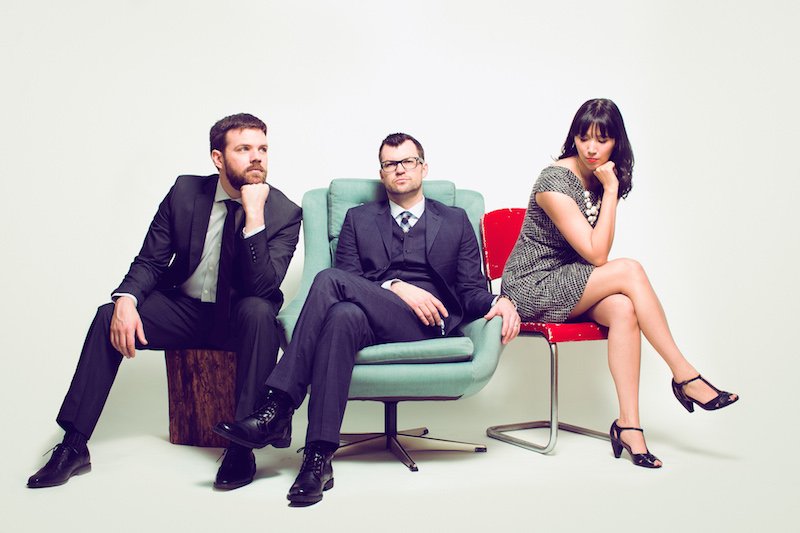 RYL: Your last album “Relics” has been released two months ago, are you happy about the reaction of your fans?

FADED PAPER FIGURES (http://www.fadedpaperfigures.com) : Yes, absolutely! We feel enormously lucky to have such enthusiastic, interesting fans.  People email us from all over the world, and we feel happy to have struck a chord with so many.

RYL: According to iTunes the favorite song is “LOST STARS”, why in your opinion? What inspired its lyrics

FADED PAPER FIGURES: That’s interesting it’s an iTunes “favorite,” as it’s one of our favorites as well.  I can imagine that it has something to do with the combination of epic scope and intimate feeling, but it’s also a song about longing for sunnier times, which I imagine is something many people can relate to.

It’s about “California,” with the quotation marks registering that extra mythical dimension—not the real California, you know, but that one everyone carries around in their mind, the one where Hollywood isn’t just this endless stream of decadent corporations and broken dreams, but the glorious dream-factory people thought it was way back when.

FADED PAPER FIGURES: In an abstract sense, yes.  We called it “Relics” because the songs all deal with tokens of past lives in one way or another.

Without getting too personal, it’s fair to say that during the six years we’ve been a band, all of our lives have transformed dramatically, and that tends to leave a mark.  The songs are all part of that transformation, the culmination of it really.

RYL: Do you remember the day you wrote “On The Line”?

FADED PAPER FIGURES: To try to talk about the “day” (in the singular) that we wrote any song is probably a betrayal of our creative process.

Everything takes much, much longer than many people assume it does; lyrics, guitar sounds, chords, synth parts—all of this gets written and rewritten many, many times before we feel like we’ve arrived at the song we’ve been searching for.

And yet, there was one particular day, as I was driving from NYC to DC on I-95, listening to this simple 30-second guitar riff Kael had written, where nearly all the lyrics from “On the Line” did sort of fall into place.

It took several hours, but I think by the time I’d arrived in DC it was more or less in place.

FADED PAPER FIGURES: I’d call it a “recursive” process, by which I mean I rarely start at the beginning and go on to the end.  There’s usually a line or two, a phrase or something I like, and then I build around it, go forward, and then go back again—like an endless cycle (till it ends, anyway).

At some point, I begin to figure out what the song is “about” and then much of the task after that is getting each word to somehow contribute to that overall idea.

I’m also really happy when a phrase falls into place that could mean several things at once, making it basically untranslatable (although I’m always happy when our lyrics end up in other languages on lyrics sites).

FADED PAPER FIGURES: It’s hard to say which lyrics will stand on their own for the longest, but I’m fairly confident that there are secrets buried in “Breathing” that make it some of our best lyrical work.  Then again, “Forked Paths” offers perhaps a more universal set of questions on Relics, so it’s probably one of those, but it’s hard to choose a “best” among one’s own work.

RYL: Six years ago you released “Dynamo”, our favorite song is “The Persuaded”, what does this song mean for you?

FADED PAPER FIGURES: “Persuaded” is a song about the contemporary “religion” of materialism and climate destruction.  It’s really one of our most political songs, I suppose.  The point was to try to capture the odd disconnect between falling in love with things and then destroying the house where you keep all those things.

RYL:  Will you be on tour soon?

Oct. 22nd at Bowery Electric in NYC (in the Tijuana Gift Shop Showcase)

RYL: Tell us everything about “ Spare Me”….

FADED PAPER FIGURES: That’s a song that I can’t say “everything” about, but I will say that it’s a song about coming to a realization that one has a right to search for things that are beautiful, true, and powerful more than just “half the time,” or for more than just half the people involved.

It’s really about wanting more from life, and realizing that in order to have more, you sometimes have to move into a space where you know less (less about the future, less about yourself), which is the most terrifying and beautiful thing one can do in the end.

RYL: What inspired the last song you wrote (not released)?

FADED PAPER FIGURES: There is a song from the Relics sessions we haven’t released yet, called “Dark Energy.”  It was inspired by loud music in dark places, and how powerfully disorienting and delicious that can be.