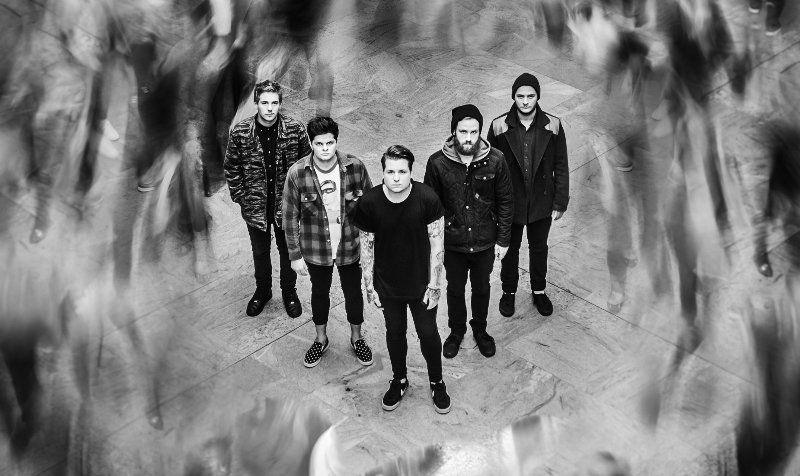 RYL: Your new album “ RENAISSANCE” will be released soon! Which are its main qualities?

ANTOINETTE: I think these days with a lot of new music and new bands it tends to be very duplicated, sometimes with lyrics in particular, With “Renaissance” unlike our previous releases we took a lot more time writing the songs but also more time on the delivery.

Me and Joe (guitars/vocals) spent a lot more time writing together because we wanted to make sure that what came across was hopeful and sincere.

We didn’t want it to be a “lyrics for the sake of lyrics” kind of EP.

So I feel the main qualities of this EP Would be Sincerity, Energy and Passion…….and riffs…..lots of riffs!

RYL: What inspired the lyrics of “Avalanche”?

ANTOINETTE: “Avalanche” was a very personal song to me as it was an overall build up of where the band was when we began in 2013 to where we are now, I’m not a confrontational guy and it’s very difficult to get your point across without facing some sort of judgement from a respective party.

I’m the kind of person who tends to go into things I’m passionate about pretty full on so when that kind of energy is cast aside it’s pretty disheartening to say the least.

The song itself is about addressing those emotions and proving that this band isn’t something you can just push aside or tend to whenever it suits.

It’s also a thank you to everybody who has supported this dream so far and has continued to be a part of it.

RYL: Which is the main difficulty in making new music today?

ANTOINETTE: I think the real difficulty isn’t in actually making new music but more in getting the chance to properly showcase it.

What with venues around the UK closing down and more people spending more time on social networks than actually attending shows I feel that is the overall main difficulty.

I completely understand that more concert-goers would spend more time and money going to bigger shows with high profile bands but because of that it really overshadows a lot of upcoming unsigned talent, and the UK has so many incredible bands that go unnoticed.

RYL:  Do you remember how you wrote “Set in Sand”?

ANTOINETTE: “Set In Sand” was a song that started very small and just grew and grew in regards musicianship, production and lyrical content.

When I was working on the lyrics it was the first time on that EP where I had the chance to really write something..what with the other tracks were written around ideas myself and Joe had but this song was completely mine lyrically.

I wrote the lyrics about faith, or rather my exile from faith if you like and I wanted to express the sort of inner battle that I have with myself on the subject.

To have something in your life that was so incredibly important and life affirming to be gone and create such a destructive indecisive mindset was very difficult to explain to others as you risk causing offence, so I wrote the lyrics over and over until I could find a way to express these meanings properly. It’s still a hard song to listen too and even perform but it’s my favourite from that EP.

ANTOINETTE: I don’t really have a set pattern or style if you like when it comes to writing.

A lot of the time it’s the guys will come up with an idea and record a rough demo which is then sent over and I’ll write that way.

Other times it’s just when I’m going throw the day to day routine and I’ll get an idea and jot it down.

A lot of the newest ANTOINETTE material has been written that way but I have books of unused material.

ANTOINETTE: I have a lot of favourites! Haha but from “Avalanche” it has to be “six months ago I stood with five but felt alone, at first we gained a little worth but what we lost was tenfold”.

And from “Set in Sand” it’s “I’ve never been so afraid of losing someone who makes this so much easier”.

RYL: We give you 1$ to spend in purchasing a song, what would you buy? And…….which one you will never buy?

ANTOINETTE: I really wanna get the new XTRMST record when it’s released so I’d probably buy their new single “Dirty Nails”. I’ve listened to it a bunch of times but I haven’t got round to buying it yet.

I’d never buy a Justin Bieber record, I don’t see how giving that brat any more money would benefit anyone.

ANTOINETTE: it’s all currently in the pipeline but after the release of “RENAISSANCE” we will definitely be hitting the road, we’ve been sitting on this EP for a while so getting the chance to play these songs live is going to be incredible!

RYL: Which was the last song you wrote?

ANTOINETTE: we’ve already began work on a full length release so I’ve been writing a lot of new material for that but sadly I can’t really divulge any further.