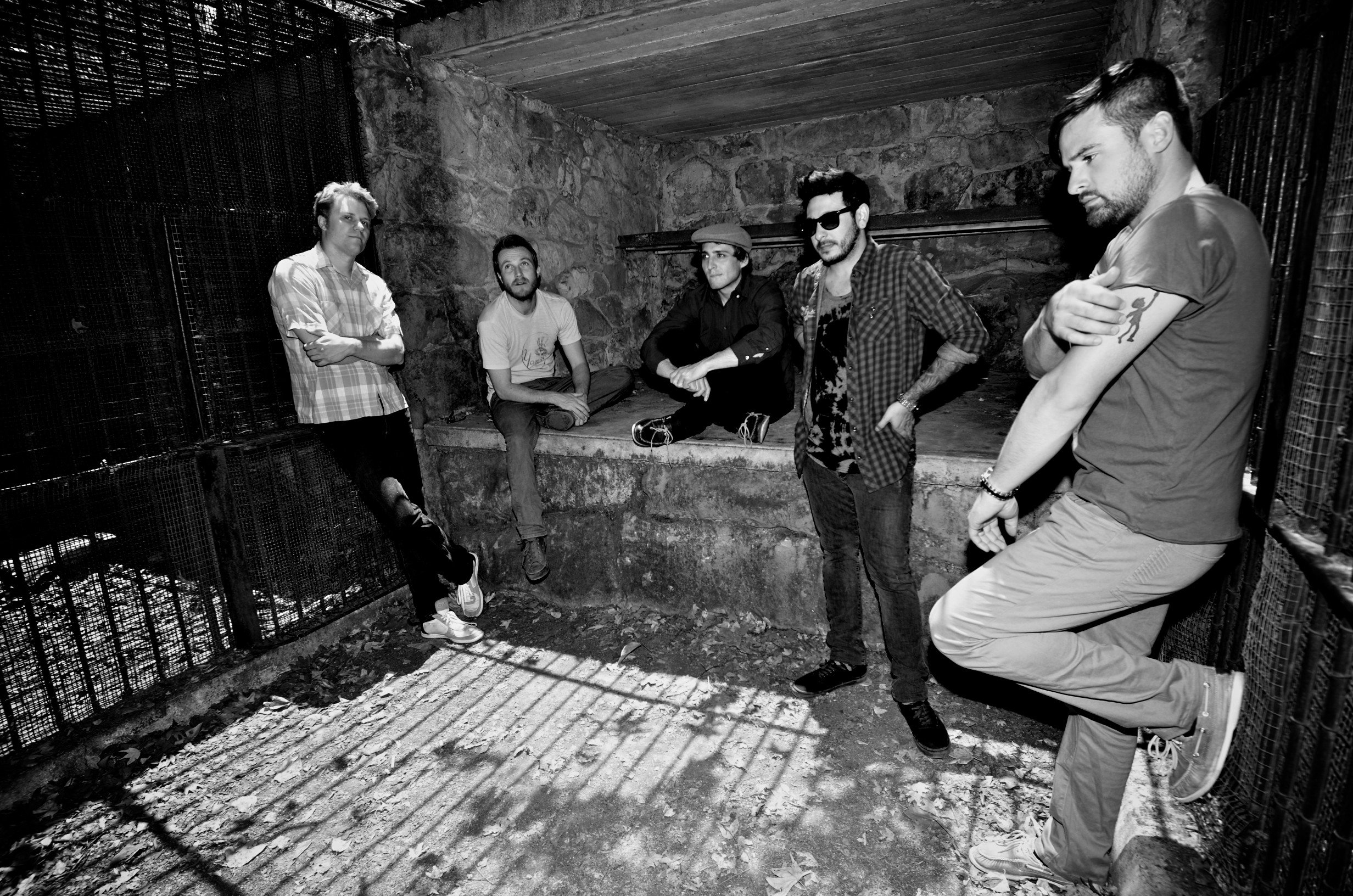 RYL:  Your new EP “The Renegade” has just been released, how do you feel?

HALOS: We feel great. It was a really cool experience to record it.

We were all living in different parts of the country at the time, and decided to dedicate a long weekend to getting together in Los Angeles, and putting the ax to the grind wheel and letting whatever came out the other side speak for itself.

And it does a very good job of that. It’s rustic, simple, and organic which are elements to our band that you may not quickly detect after hearing our first album. It was an excellent bonding experience.

HALOS: We are currently working on our second full length record. I anticipate beginning to release songs from it at some point this year.

RYL:  Let’s talk about Pool Hall, what has inspired its lyrics?

HALOS: Pool Hall is inspired by a specific time in my life when I was about as lost and confused as I’ve ever been, and a lot of stuff was going very wrong.

I felt like I was in a shit vortex, but knew it would all make sense at some point. And I was able to write about it years later, because things DID get good. There’s always some light at the end of the tunnel.

RYL: How do you usually write the verses of your songs?

HALOS: In general, I don’t write songs in a particularly systematic pattern. If I am feeling inspired, I may sit down and write out a bunch of free thoughts, with some sort of general musical structure in mind. I keep all kinds of scraps of writing, notes, and voice-notes.

Eventually I start to piece together correlational thoughts or phrases, and a song starts coming together. Then, I may sit down and write a second or third verse to round out a nearly-completed song. Typically, we write musically together, and then I start slowly adding lyrics.

Sometimes a song may stay half-finished for a couple of years, and then it will come time to produce the final pieces of the puzzle, and I find that the pressure usually helps stimulate the necessary inspiration.

There are times when I write the final verse of a song as I am headed to the studio to record it.

RYL:   “Time Machine” is our favorite, it is related to something happened to you?

HALOS: Time Machine is a very special song. It combines a few different personal matters that are dear to me. I would dedicate that song to anyone who misses the soul of someone for whom they care deeply.

RYL:  Which was the biggest problem you had to face in your career?

HALOS: The business of succeeding in the entertainment industry is very difficult due to the sheer quantity and quality of talent out there, as well as the uncontrollable factor of “timing.”

The “best” band in the world may be playing out there undiscovered as of yet, while far more mediocre bands are “making it” because of excellent timing.

My band moves at our own pace now, but there have been plenty of frustrations in the past that could be generally related to both of those topics.

RYL:  Who gave you the best advise?

HALOS: In relation to lyrics, the best advice I ever read was from a guy named John Nolan. In paraphrase, he basically said that in order to be a truly great lyricist, you must not be afraid to cut yourself as deeply as you can in order to extract the richest, deepest feelings and thoughts.

Even though your experiences and feelings are unique to you, they are shared by many. Some of the things that people have told me about their connections to my lyrics have been truly powerful and touching.

So, I would pass that advice along to aspiring lyricists: dig deep, and if you feel comfortable putting it out there, find a classy way to do it, and go for it.

RYL:  Going back to your first album “ Living Like Kings in a Confined Space”, which was the message you wanted to communicate with it?

HALOS: I didn’t really have a particular message to share. I was just sharing stories of my life and feelings from those times. My overarching message would honesty, if there was one.

RYL:  The song “Hekla” seems to have the biggest success among your fans, why in your opinion?

HALOS: I was unaware of that fact, but if it’s true, it makes sense. The people that were closest to us during the making of Living Like Kings In Confined Spaces said it was the most powerful song off the record. I would agree. It’s stark and it’s simple. Maybe that’s why?

“Hekla” is the name of a volcano in Iceland. In the Dark Ages, Icelandic folks thought that it was the gateway to Hell. Very interesting stuff.

RYL:  Which is the verse of one of your songs that describe you better ( or that is closer to you)?

HALOS: Everything I write is important to me. I can’t really pick one thing over another.

RYL:  Are you preparing a new tour? Which will be your next destinations?

HALOS: We took a little time off from playing shows, but we just started again. I don’t know about any immediate touring plans, but if you live in the southwestern quarter of the US, you may be able to catch us playing again soon. For now, we are working on our next record.