RYL: Your new EP “Renovate” has been released at the end of June, which is the main challenge that you encountered while recording it? What does it mean for you, lyrically speaking? 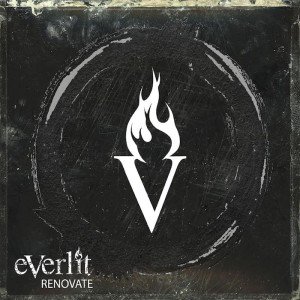 EVERLIT: Ryan: First off, thanks for having us! It’s great to sit down and chat with you about everything we’re doing.

Hands down, the toughest part about recording the new EP was the time frame. We didn’t have a ton of time and four out of five of the songs were written from scratch in the studio.

From a lyrical perspective, trying to find topics and then write lyrics you’re proud of is very tough. And then you still have to learn, practice, and record everything all in that short time period.

RYL: Tell us everything about the song “Break Away”

Jordan: Break Away is a song that I think speaks deeply to a lot of people. It can be interpreted a bunch of different ways so it’s not limited to just touching home with a small group of people. Basically the song is about being able to realize the things in your life that bring you down or have you on a bad path, and then being able to defeat those demons.

Jacob: The common theme throughout, not the whole EP, but the main message is about starting over and improving on what you’ve already done.

Even the name of the EP “Renovate” speaks to that topic and is all mainly geared around our transition from our past projects.

Anthony: I honestly have to say my dad. He told me what we tell everyone else who asks for advice . . . Just keep at it and always believe in yourself. The music industry is not for the weak and it’s easy to get discouraged.

Use the negativity to fuel your fire to succeed!

RYL: How do you write the lyrics and music of your songs – what’s your process?

Ryan: We always start the tracks with the instruments and then tweak things while thinking about how they would translate live.

Once we have a certain vibe or feeling from the song we’ll pick the topic and then Jake and I jam out and write the lyrics. We try to do it in a relaxed atmosphere where we can just chill but it doesn’t always work that way . . . like writing the lyrics for the new EP lol.

RYL: What is behind the verses of “Square One”?

Jacob: Square one is about guilty pleasures. It talks about being with someone and even though you start to learn who they really are and that you should leave, you still find yourself drawn to them.

We really wanted the song to capture that next morning feeling where you feel amazing but guilty at the same time. 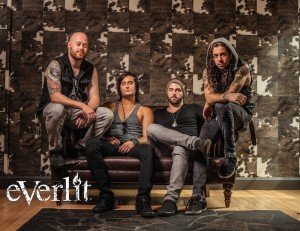 RYL: What is the most important thing for you while writing and performing your music?

Jordan: The most important thing we think about when writing is trying to have lyrics and music that are catchy and relatable for rock fans.

The problem is being able to do that without being to “cheesy” and loosing the influences that made us who we are.

Ryan: That’s a tough one! I love singing the first verse of Break Away but I think my next favorite is the second verse of A Phoenix Will Rise. They both mean a lot and are a ton of fun to sing. 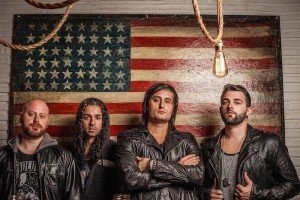 Jordan: The last song we wrote has a temporary name holder of “Immortal” but it will likely change. We’re currently playing it on our run with In This Moment, 36 Crazyfists, and the Defiled. Come check it out!!

RYL: Are you touring this summer?    Which is your best memory of Warped Tour?

Kyle: Oh yea! We’re definitely touring this summer. We just finished a run with Otherwise and are now out with In This Moment and 36 Crazyfists.

We’re also working on getting our August dates solidified. Be sure to follow us online so you don’t miss new shows!

RYL: Do you remember the day you wrote “Fake”?

Anthony: I don’t remember the exact date but I do remember the night before we sat around and listened to the whole Three Dollar Bill Y’all from Limp Bizkit.

I think you can hear some of that in Fake for sure.