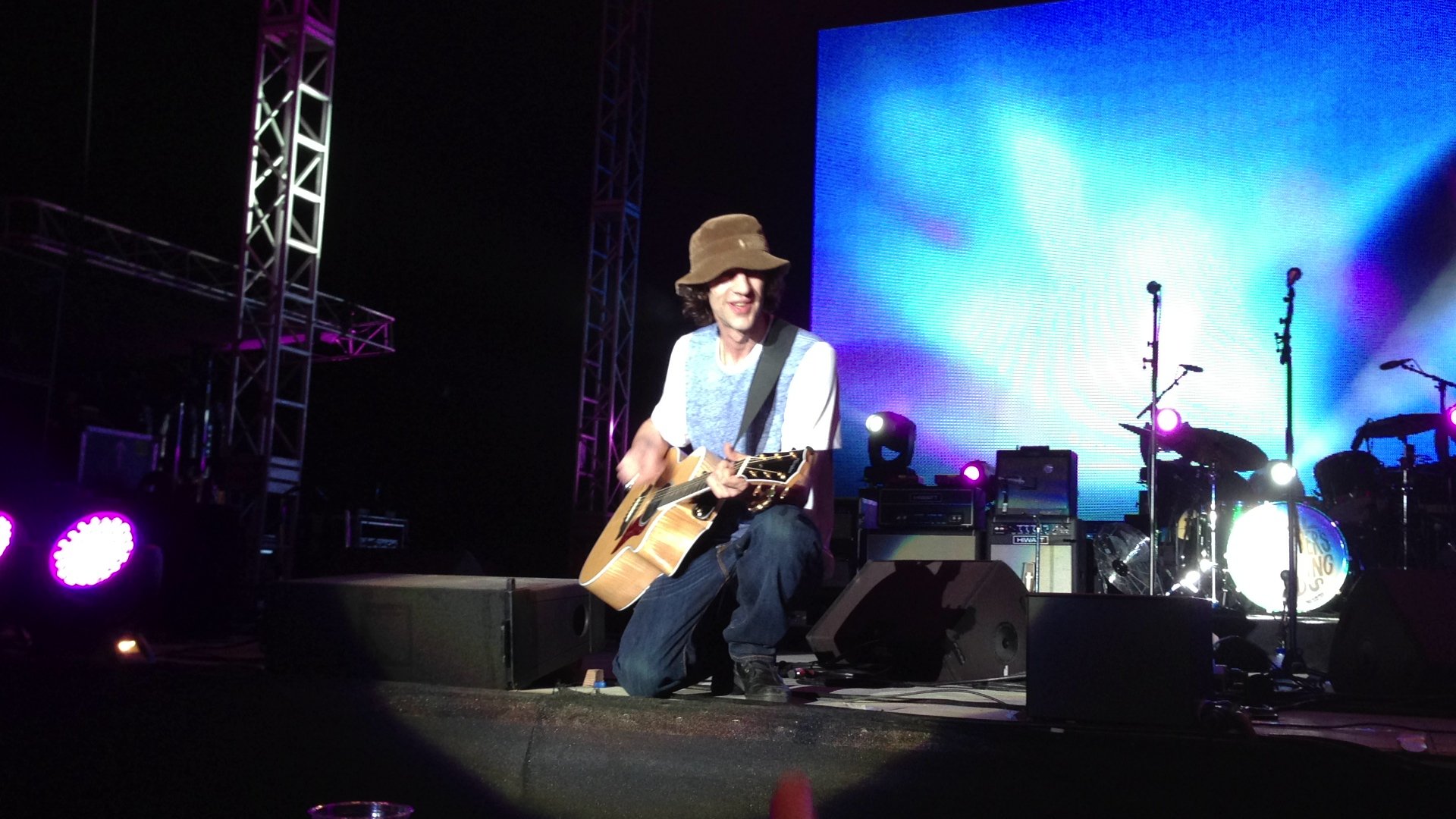 As we told you before, the experience we had two weeks a go in Dubai was amazing; two of the most famous Brit Pop bands just few meters from us…. Oasis and Verve!

Obviously seeing Noel Gallagher and Richard Ashcroft was not the same of seeing Oasis and Verve at their full line up, but it was enjoyable anyhow.

Richard Ashcroft’s set didn’t last very long (only one hour) but was musically fantastic….the gibson semi-acoustic guitar did her job! (as of now, in our opinion, the best acoustic guitar on the market).

He reached the stage with a sweater of John Richmond ( with a big RICH logo written on top of it), his traditional hat, sunglasses and , totally new (at least for us) a shining diamonds ring.

He really liked the audience that gathered since early afternoon , he said few times that he will come back next year bringing all the band with him for a huge performance.

As you can see from the videos posted in our YouTube channel, it seems that, the now, 41 years old british singer, the voice and the energy remained the same.

As always, we selected to be in front row in order to give you the best quality as possible……we were almost able to get one of his autographs that he trow to the audience…… a british guy next to us was taller!