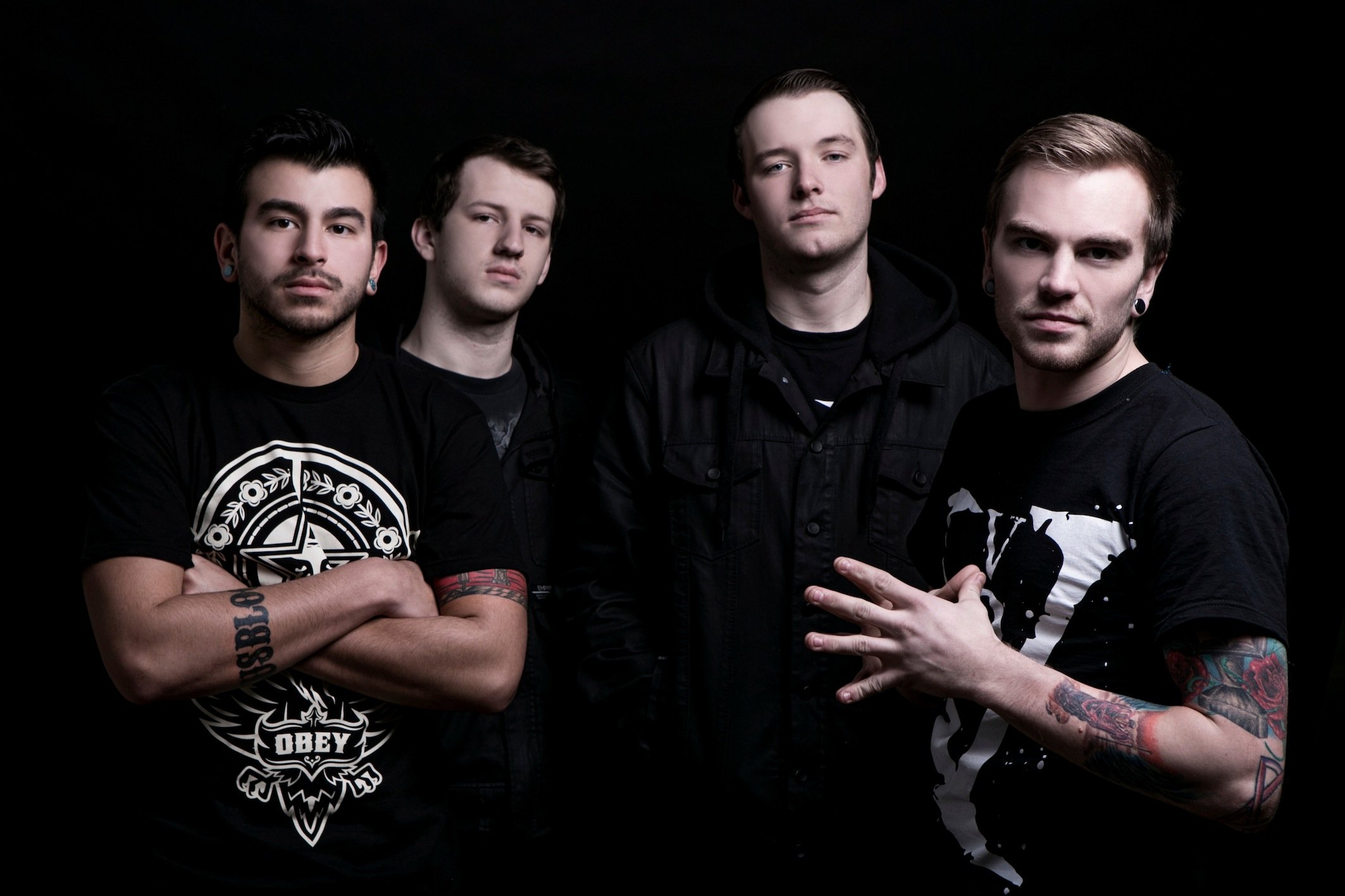 Three months a go they released their third album called “Volume 1” and now are currently touring USA, in this exclusive interview with Rock Your Lyrics, Righteous Vendetta, represented by his singer Ryan, (http://righteousvendetta.com) is describing how they do write their lyrics and about their willingness to create new things.

RYL: After the “volume 1” we should expect many more albums?

RV:  Well the plan at the time was to do a series of 4 EPs over the course of the next two years. We were going to do 4 volumes. As of now, that is changing with the new management we have picked up.

RYL:  How did your music evolved from 2010 with the release of your first album “The Dawning” until today?

RV:  Like any band we have gotten much better as we have grown. We became better songwriters, lyricists, business people etc. The sound you hear in The Dawning is our first attempt ever to write music, we were all still teenagers when we wrote that record!

RYL:  We see that you guys are in tour in USA right now; how it is going? Happy from it so far?

RV:  Absolutely we tour the US often and the shows are going great! We are very excited to be touring with 10 Years and Taproot in the months to come.

RYL: You will go in Europe as well, Germany is waiting for you…. A lot of fans over there?

RV: Europe was supposed to be happening right now actually but there were a lot of issues that caused us to not be able to make it over there this year. Germany has treated us very very well in the past though!

RYL:  Let’s talk about your lyrics, can you please tell us abut you ended up writing Defiance, our favourite song?

RV:  Absolutely Defiance was an anthem we wrote expressing our Defiance to modern cultural norms in the world that we see in opposition to Biblical truth. The song is a calling to live differently than the world teaches us to live, to live holy, sacrificial lives even to the point of death. We are the chosen ones.

RYL: How do you usually write your lyrics? Who does that, it is a band process or only one of you does it?

RV: I write my lyrics little bits at a time. Typically when I get a spurt of inspiration the entire song lyrically spills out of me within the hour. I get a lot of my lyrical content from The Bible, Philosophy books and my own ridiculous mind haha.

RYL: Your last single “The Fire Inside” is climbing the charts quite fast, do you think it will be even bigger than “This Pain”?

RV: Yes it hit number 9 on the Christian Rock Chart a couple weeks ago and spent 20 straight weeks in the top 20. This Pain peaked at number 18 and stayed there for 15 weeks. The FIre Inside did much better!

RV: Joel Wanasek at JTW Recording Studios. He is the best in the business.

RYL: Who are your idols musically speaking? Who inspires your music?

RV: We are inspired by a lot of people. Some serious ones are bands like For Today, Skillet, Killswitch Engage, and Red. You can hear a lot of those bands in our music.

RYL: How easy is to communicate to your fans and what do you do to increase the number of people following your band?

RV: Its very easy to communicate. Its as simple as a Facebook message. We talk with fans on a daily basis and it is awesome! We try to get out there as much as possible the best way to increase the number of people following the band is to play shows and so we tour all the time!

RYL: You guys are from Wyoming, how is the metal scene over there? Don’t you feel the need to move in to bigger cities?

RV: The scene is pretty dead which is why we go out and tour all the time. We love where we are from and the support is immense but yes it is necessary to get out. We would never want to change the fact we are from Wyoming. We never felt the need to actually move now. Twenty years ago it may make sense but with the advances in technology it doesn’t matter where you are from!