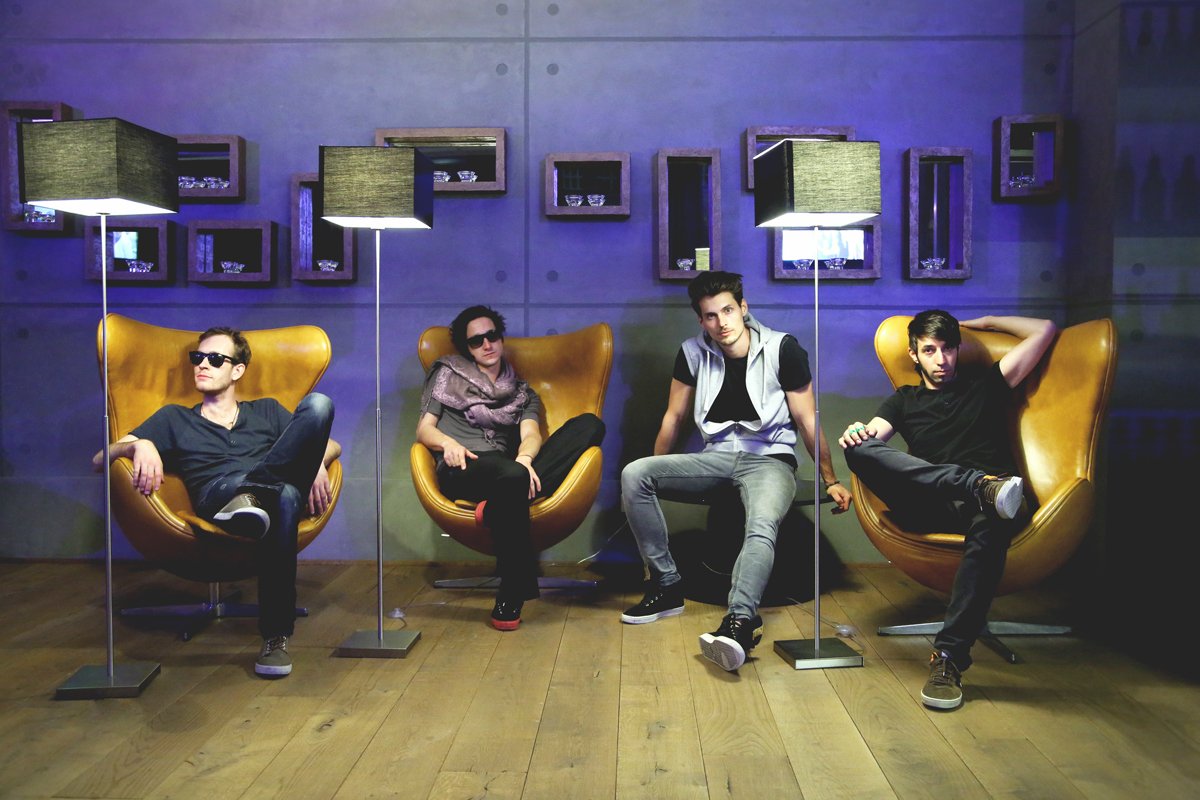 RYL: Your new album titled “Road To the Machiavelli Valley” was released on 2012 / December 15th , how was the reaction of your fans?

Dominik: I believe that our music will flow through their souls and they will love it. Im so satisfied to see people coming to our shows again and again becoming real fans of our band.

These months I have been working hard on our second album, i´m really very deeply focused on this. The whole band is working hard on every detail of the band functionality, it is like you have a company, there is still so much work to do in it.

RYL: First Single is “Friend ”….What inspired its lyrics?

Dominik: It´s about friendship in our band, that is the main thought. We attended the same school of art, and one time we were jamming at the rehearsal room instead of doing a test about history of art.

Dominik: For the most part our lyrics are about freedom. Freedom of thinking, freedom of being a human, and to have a free mind and ideas.

For example the song “I´m Gone” reacts to the mayan calendar prophecy, about the change of cycle and change of the thinking of humans in the world.

The song “Japan” is about the feeling of old Japan, how it has changed from the traditional way connected to nature to the technological beast which has lost its face. So I explain myself and my feelings throughout the king shaolin lyrics.

RYL:  Do you remember how you wrote “Black Beat” ?

Dominik: This is the hardest thing to do, but it perfectly reflects my inner world, I think that is something similar to the feeling between the love of parents and their kids. I think the artist must know what he is going to say, and imagine the story, that is happening in real time in his head. It is a deep recess to an inner world. Man will realize much about himself.

Dominik: It is something like breathing for me. I need it to live properly and im proud of doing music. It´s one of the biggest joys of my life.

Dominik: Trully we are on tour all of the time, from the creation of the band. We play 8 gigs a month. We are working on making our show and musical skills better, we focus ourselves on detail in every direction of the notion “band”. Touring is very important to us.

We are growing up as people and as musicians too.

We want to be ready in the best way for every opportunity that will come to our band.

Dominik: “Down The Road” is the last one that I wrote. The lyrics are not finished yet, but it will be about risk and profit. About an opportunity that comes from the other side of the road, but you will realize that just after you will cross to that point. Im very excited about finishing this song, because my family and friends love the song.

Dominik: It was one woman from my neighbourhood. She usually wears very colourful clothes and has extravagant hair styles and reads unique and crazy books, she is very clever. She wants to be very special and different. Like a unique flower which is growing in the middle of an asphalt road and puts a smile on every persons face that passes by.