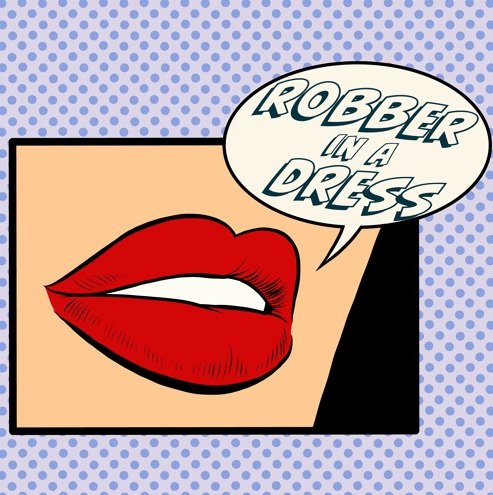 Robber In A Dress – Interview with The Habits

On any given day, I either write in my notes or sing into voice notes different lyric ideas. Sometimes I save them for future songs, but more often than not once I have one line I build an entire song around it. Lyrics come from emotion and I usually write words reflective of my feelings.

Authenticity is the most important aspect of a song. I want to feel what an artist is singing and I want to believe they feel it. Even if it’s something funny or a bet surface concept. I never want our fans to think I don’t mean and hang on every word I sing.

I think the more personal the better. We want our fans to know who we are as people and find that connection. It’s so important. We want them to be able to sing along and dance to the music, but all the while learning more and more about us. We’re on the journey together.

I think the most poignant lyric I’ve written is in a ballad that we have called “Blue”. I sing, “what I would give to see the sky blue again”. To me that sums up loneliness and I’m so proud of it. Keep a look out for that song.

What inspired “Robber In A Dress”, your latest single?

I was going through a break up a while back and our friend through a kick back at her house that she was selling. We all went to try and get me out of my funk. The neighbors thought that there wasn’t supposed to be anyone there so they called the cops. Our friend was wearing a dress and the police were questioning her hard about her stealing all the furniture. I called her a robber in a dress and when I said that, it clicked. That phrase summed up how I felt in that moment and I ran with it.

Are you planning to release soon a new EP?

We are working on the writing stages of an EP at the moment. We have a couple more singles that we are going to release before the end of the year and then we plan on recording a more substantial body of work.

2019 is going to bring bigger things for us we think. Definitely an EP and we’re pretty sure we are going to hit the road and go on our first official tour. That’s our goal.