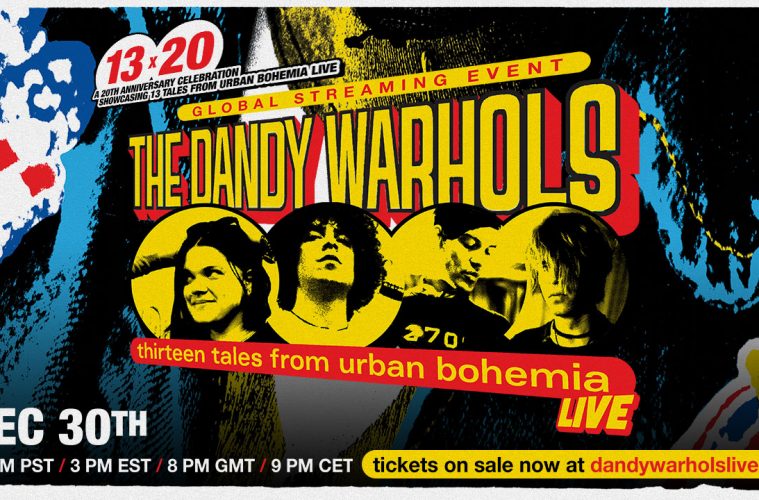 Welcome to a new episode of Rock Your Lyrics – Backstage!

We will give you full access to exclusive interviews with artists from all over the planet during their tour across the world!

Today we interviewed singer, guitarist and songwriter Courtney Taylor Taylor of The Dandy Warhols. On December 30, Danny Wimmer Presents is pleased to present a global streaming event featuring beloved alternative rock group The Dandy Warhols, with a special show from their hometown of Portland, Oregon.

The global streaming event airs Wednesday, December 30 at 12pm PST / 3pm EST, 8pm GMT, 9pm CET and on Thursday, December 31 at 7am AEDT beginning with a pre-show event featuring the band in an exclusive Q&A answering fan questions, discussing memories of touring and making the album and more.  The stream will be available to watch on demand through 11:59pm EST on January 2, 2021.

Tickets and special merch bundles for this one-of-a-kind #WarholWednesday fan event are available at Early Bird prices now until Wednesday, December 23 at 11:59pm EST from DandyWarholsLive.com. Prices will increase for week of show.

In the meantime, for more info on Dandy Warhols please visit www.dandywarhols.com