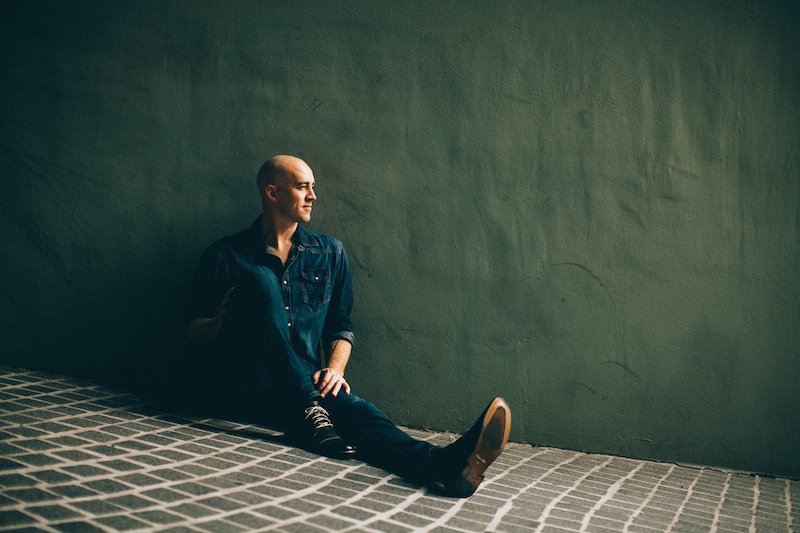 ROLL WITH IT – interview with Tyrone Wells

RYL: Tell us everything about your upcoming album, “Roll with It”, what is its main achievement lyrically speaking?

I really believe “Roll With It” is going to make people feel great when they hear it. It’s a very upbeat record. Sonically, I am so stoked about how the record has shaped up.

It really sounds amazing! I feel great about the songs and production from front to back.

My producer, Dustin Burnett, did such a great job. A lot of my previous records have centered around the acoustic guitar, but “Roll With It” had a wider sphere of fuel for the creative fire.

The creative process looked different this time, and I think the record will surprise a lot of people.

Lyrically, my favorite would have to be the song “Always Love You”. It’s about my daughter Aria, so I can’t get any closer to something really coming from my heart than that.

RYL:  “A Beautiful Place To Be”  is a fan-favorite among the songs of the album “This Love”, what inspired it?

Tyrone Wells:  “A Beautiful Place to Be” was inspired by my wife. She makes my world so much better.

Tyrone Wells:   Not really. There wasn’t one thing that inspired the whole album. I’m inspired all the time by any number of things.

RYL:  Who produces your music ?

Tyrone Wells:  I’ve worked with a lot of different producers in my career.

The producer I’ve worked with the most is Michael Smith (aka “Smidi”). Dustin Burnett is the producer that produced “Roll With It”, my new album. He did an amazing job. I really loved working with him.

Tyrone Wells:   Sometimes the lyrics come flying out, and sometimes it can take months for them to come together.

I typically work on melody and music first and then the lyrics are the final piece.

RYL: What does “Already Falling” mean to you?

Tyrone Wells:   The song is just about falling in love, maybe too fast. In my dating years, honestly, I would fall hard too quickly… and usually the end result would not be pretty.

But falling in love is so much fun. This song is more about that. Heart way ahead of the head.

RYL:  You will be touring soon….! What do you expect from it?

Tyrone Wells:  Yes! Very Excited about it! My upcoming tour is called the “Roll With It 2015 Tour”. I’ll be hitting most major cities in the United States. The tour starts mid-March and ends in May.

I have two great acts opening up for me. Dominic Balli and Emily Hearn. Dominic Balli is a big deal in Brazil, and I’ll be touring with him in Brazil in November (super excited about that!).

There will be a bit more production value on this tour, as the new record calls for it. More lights and sounds coming off of the stage. It will be totally different than my last tour, which was just me and one other musician breaking it down. 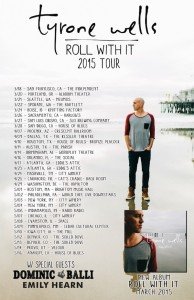 RYL: How did you first get involved with music?

Tyrone Wells:  It all started with my family. I grew up in Spokane, Washington as the son of a Preacher Man. I have four sisters. I’m the only boy and the youngest.

My whole family is musical, and if not for them roaming around the house and singing or playing instruments, I may never have developed this great love for music that I have.