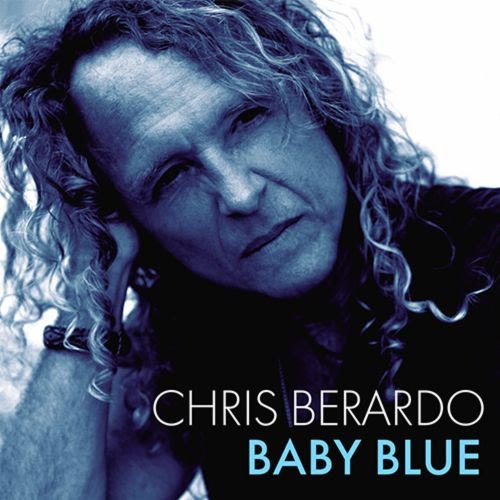 “‘Baby Blue‘ embodies the kind of rock songwriting, cool harmony singing, and great melodies that have always moved me. It’s so catchy—it just rocks, and yet there’s such a beautiful melancholy within all that,” says roots rock veteran CHRIS BERARDO in describing his reimagined version of Badfinger’s classic rock staple “Baby Blue,” available now for purchase and stream on online retail outlets HERE.

Chris Berardo’s “Baby Blue,” written by Pete Ham and originally released by the British power pop rock band Badfinger in 1971, follows his recent stand-alone single “Somewhere Blue” and perfectly reflects some of the many influences and roots of Berardo’s musical sensibilities. “Just prior to the pandemic, I was on the patio with David Abeyta [of Reckless Kelly] outside his Austin, TX studio having cocktails and taking in the sunset when the idea took hold. I was telling him the story of opening for the great British band Badfinger years ago, and what a fun gig that had been,” Chris describes. “You know, I’d love to maybe take a stab at ‘Baby Blue’ someday.  I think it might be made for us and David’s response was, ‘Oh, hell yeah, we are doing this!’”

David enlisted Reckless Kelly band mates Jay Nazz to play drums and Joe Miller to play bass with Abeyta rounding it out on acoustic and electric guitars. The song was recorded in David Abeyta’s Isla Del Cielo Studio in Austin, TX. “Chris puts everything in it, every time,” according to Jay Nazz. “I loved playing drums with him because he makes you wanna do the same! I always loved Badfinger and it was amazing to be part of Chris’s version of ‘Baby Blue’ – He was meant to sing that song”. Fellow Reckless Kelly bandmate Joe Miller comments: “I had an absolute blast recording this Badfinger classic with Chris Berardo … Whether in the studio or on the stage, it’s always a joy to work with Chris!  There’s never a shortage of laughter and good times!”

“Little did I know it at the time, but the recording of this rockin’ version of ‘Baby Blue’ with my great compadres Chris Berardo, Joe Bass Miller and Jay Nazz would be the last in-person session here at my studio in Austin before the lockdown, and I’ve been working remotely ever since,” says David Abeyta.

“I don’t think it’s that fact alone that makes this track seem to crackle with energy, but it’s certainly a factor, listening from our pandemic vantage point. I pulled it up recently for a listen, and it felt like the band jumped out of the speakers – I almost got a little choked up as I realized I had not been in a room with these guys playing and recording music since that day – this track and these people are very special to me – I hope you give it a listen and catch a little of that love and energy.”

Adds Berardo, “David has played in one of my absolute favorite bands, Reckless Kelly, for nearly 20 years and he had always been one of my favorite guitar players. I absolutely just knew that his playing and production style would be a slam dunk on ‘Baby Blue’ and I really think I was right about that.  As turned out, my band and I have been lucky enough to do a lot of shows and touring with Reckless Kelly over the years. They are all amazing guys I am proud to have worked with and call friends at this point.”

Berardo certainly has plenty to share on the upcoming and career-defining Wilder All The Time (set for release once touring resumes). Recorded at Cedar Creek Studios in Austin, TX. Produced by David Abeyta and with usual suspects and DesBerardos Marc Douglas Berardo and Bill Kelly, and rounded out by fellow friends and musical compatriots Jay Nazz, Joe Miller, Bukka Allen, Lloyd Maines, and Walt Wilkins (for a raucous and rollicking duet), Chris Berardo is an artist who lets his creative urges dictate his career arc, and this seasoned singer-songwriter is in no hurry, and the album will be all the stronger for it.