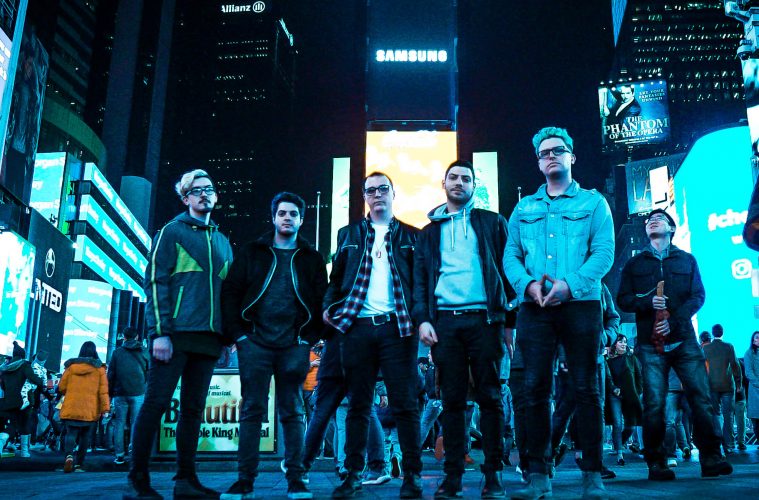 Run In To Me – Interview with The Stash

Well every song is different, but first I like to establish the vibe of the music and usually something going on in my life begins to relate to that vibe. Then the lyrics come from the union of those two things.

The hook. Maybe I’m a little biased being the singer but I feel that if you have a catchy melody and good lyrics that the rest of the song will just fall into place.

That has been something I’ve struggled with since I started writing songs. Over the years you learn to push through that feeling, although I don’t think it ever goes away. You find yourself riding this line of making sure the song isn’t too personal that whoever is listening feels alienated and making the song so general or vague that it feels disingenuous.

In “Run Into Me” there’s a line that says, “I was hoping I could sleep in the dead of the night, trying to forget what I saw in your eyes.” The song touches on many moments I experienced in the last few years but that line was about letting someone close to you down and how it stays with you and inspires you to better yourself.

What inspired “Run In To Me,” your latest single?

Well to put it simply the song is about dealing with the pitfalls of life, whether that be others letting you down or personal mistakes, and not letting that stop you from pushing on. “Run Into Me” comes from the aftermath of my old band breaking up. We signed to Victory Records at a very young age, and it was honestly too much to handle at the time. We thought we were ready, but we weren’t. It was so devastating for me to loose that because all I’ve ever wanted to be was an artist, and at that point in time I really felt that was my one shot to take it to the next level. After that came years of soul searching and perseverance to find the kind of music I wanted to play again, but I never lost that fire to be an artist. That is something I’m thankful for, and grateful for having and believing in during the times. That same perseverance is what has brought me to this point right now.

Do you remember the day you wrote “I Can’t Feel”?

Yeah it was a rainy spring day and I was playing my guitar and came up with this little riff that I liked so I recorded a memo on my phone. Later that week I brought it to the studio and we added a few more musical elements that established the vibe of the song. Once the vibe was there the melody just kind of came to me and then the song came to life from there.

Are you working on a new EP or full-length?

No EP or full length album yet, but we are always working on new songs. We are planning on releasing one song a month for the foreseeable future.

This is a bit of tricky one to answer considering our producer is also the keyboard player of the band. The biggest thing I’ve learned working with tristen is to move on, and not get too caught up on one part. That you can always go back and fine tune something later, and that it’s better to just get the full idea out of your head first rather than nit pick on something that’s not compete.

Our plan is to be consistent. We are going to be releasing a new single every month, and making sure each song is where we want it to be. Our top priority right now is getting our music out there for people to listen to. Once that is done and done right we can focus on everything that comes after.