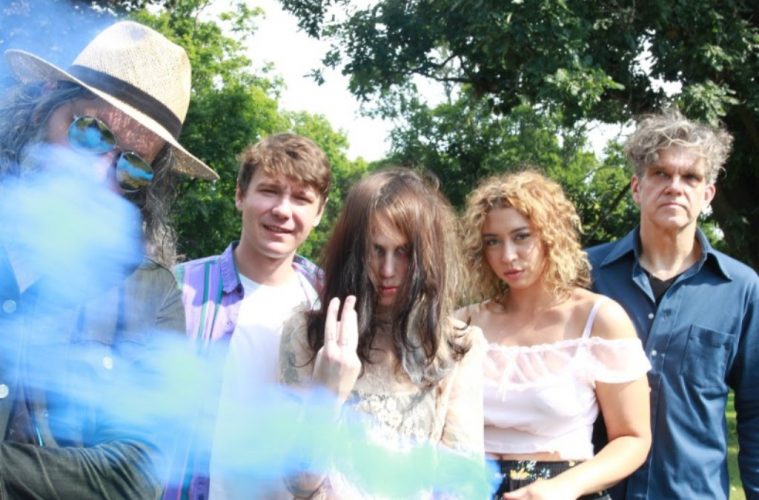 Indianapolis-based band S-E-R-V-I-C-E announce the release of their new single “Hey“. The single is from the band’s forthcoming debut album Drag Me due for release in early 2019.

S-E-R-V-I-C-E began when Jon Spencer Blues Explosion drummer Russell Simins and We Are Hex singer Jilly Weiss met on tour. They wrote their first song together in 2015 at a messy kitchen table in his Manhattan apartment. They fell in love, got married, and wrote a dozen or more perfectly flawed rock and roll songs.

Taking a breather from JSBX, Russell joined Jilly in Indianapolis to turn these raw songs into an urgent, swaggering rock and roll record. They found their accomplices in Sharlene, Johnny, and Mitch. Together they’ve made S-E-R-V-I-C-E into the most authentic expression of vulnerability and self-awareness, with wildly impactful vocals set against roaring guitars and a giant beat. It’s post-punk, then punk again.

Their debut record Drag Me will be released early 2019 with supporting tour dates. Stay tuned for more details and more new music soon.