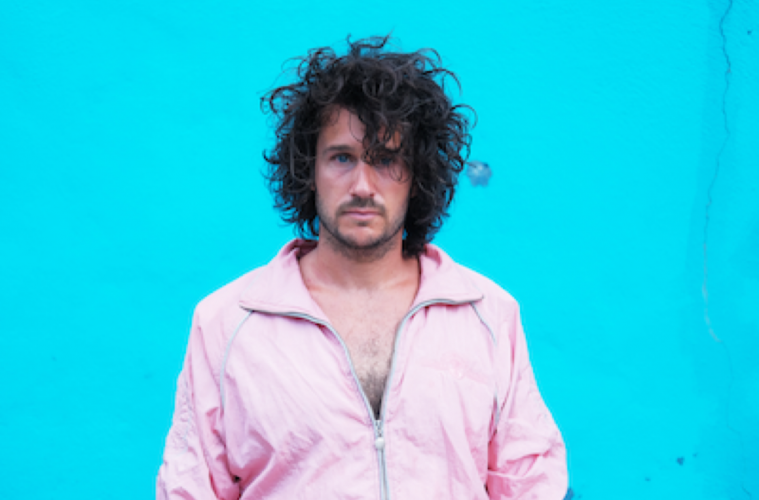 How do you usually write the lyrics of your songs?
On my phone, but as of late I’ve been using this thing called the Neo2… I was researching typewriters to reduce the distractions, and came across this atari looking thing that only allows me to see 4 lines at a time.  It was $20, and it’s really improved my focus.

In your opinion, what is the most important thing in songwriting?
Being patient enough to dig past the cliches.  Subjects that are commonly relatable can be limiting, but I spend a lot of time trying to find new ways to express them.

Are you ever scared of revealing aspects of your personal life/experience to strangers through your music?
Sometimes, but probably less than I should be.  I’m terrible at small talk which has resulted in me being an over-sharer with people I’ve just met.  I think this translates into the way I put myself out there with my songs as well. Also, not all songs are personal, so that can be left to the listener to decide.

What is the best lyric that you ever wrote (the most meaningful for you)?
I wrote a lyric a couple days ago that says:

“I like my pain a bit too much to let go,

It keeps me sane just to have something to hold

People say it ain’t good for the soul

These lyrics helped me understand why I’m so hard on myself.  I don’t want to give up the results that my lows bring.

What inspired “A Minute Of Your Love”, your latest single?

The exact moment of inspiration was a headline that read “Self-control is overrated”.  I was like hell yes, I can get on board with that. I turned to stare at the wall in the room and sang the first two lines of the chorus.  Then I was thinking about a song by the Weeknd where he’s talking about his “side-bitch”, and I thought whoever this woman was needed a voice.  So I took a shot at giving her one.

A ted talk by Tim Urban on the benefits of procrastination.  Another concept I happily got on board with because it seemed like a way not to hate myself for constantly putting things off.  The song sorta took a turn soon as I started talking about getting naked, but the root of it all is still there.

Do you remember the day you wrote “Addiction”?
A couple years ago I collaborated with Whitney G-Bowley & Gig T. Show to create a performance of music & dance, which we were able to share with multiple high schools in NYC. The show was commissioned to raise awareness of risks involved from the abuse of painkillers, since it had been (and still is) a fast growing source of tragedy. “Addiction” is one of the songs I wrote for the show. I always felt hypocritical singing it from a teacher’s stage, as I’d been dealing with substance abuse issues of my own.  The advice we give others is usually the advice we need ourselves.

What was the best moment of your career? And the most difficult one?
I don’t think I can whittle this down to a single moment, but any time I’m on stage and people are engaged and singing along feels amazing.  That’s the kind of connection I crave. The less I perform, the further those moments exist, and the harder it becomes to do this.

What are your plans for 2019? When the new album will be released?
I have a whole album finished, but haven’t “announced” it yet.  I have released 3 songs so far that will be on it though, and will be releasing more as it approaches.  I’d say the most common theme have to do with mental illness. Calling all therapists on this one.