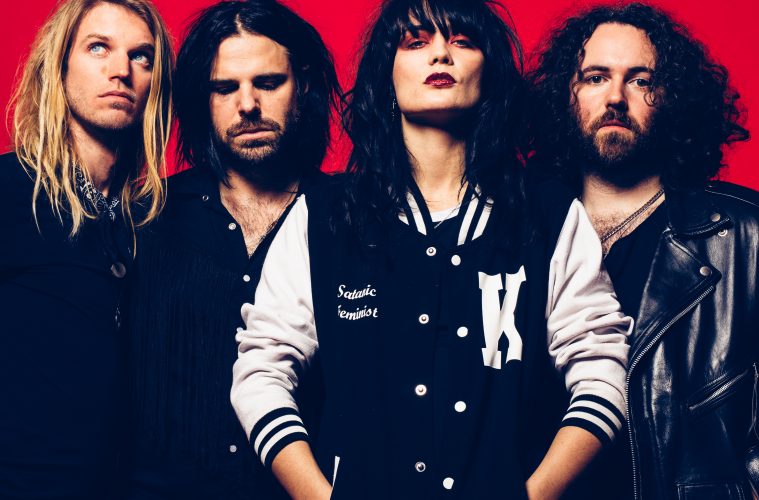 British garage-rock four piece Saint Agnes have today unveiled their explosive new single ‘Welcome To Silvertown’, the title track to their eagerly-awaited debut album – out May 3rd via Death Or Glory Gang Records. Listen to the track HERE.

Self-produced, and engineered by Luke Oldfield (The Wytches, Uncle Acid & The Deadbeats), the recording captures the true rebel heart and energy of the band. ‘Welcome To Silvertown’ is an album that is musically unshackled and an accurate snapshot of the band’s ferocious intensity, fusing the menacing frenzie of rock with a dark, cinematic flare. Born in a dingy sub-zero flat, the album is rife with themes of wild fantasy, escapism, emotional fragility and the inside-outs of living in East London’s district of Silvertown.

Whilst the thuds of the opening title track and ‘Move Like A Ghost’ deliver the riff-laden assault that Saint Agnes fans have come to love, ‘Why Do You Refuse To Die’ sees the band step into new territories, taking inspiration from the drama and excitement of Western films – a magnificent and illuminating sound that surprises and delights in equal measure.

‘Diablo Take Me Home’ touches on the band’s love of blues and Jack White-esque Detroit riffery, whilst ‘The Witching Hour’ pairs the insistent rhythms of The Stooges with a Grace Slick vocal delivery. Gospel-inspired track, ‘I Got a Drum’ is a pulsing slice of pop noir. ‘Welcome To Silvertown’ excites in bucketloads, and what remains constant is Saint Agnes’ ability to communicate the kind of infectious and engaging storytelling that will strike a chord.

Speaking of the new album, the band comment; “With the album, we wanted to transform everyday mundane events into moments of high drama in an attempt to better understand our own stories. We wanted to magnify and illuminate certain aspects of ourselves in order to see a little more clearly, and we wanted to create narratives that people could connect with and recognise as their own battles, their own feelings.”

Consisting of Kitty Austen (Vocals/Guitar/Keys), Jon James Tufnell (Vocals/Guitar), Ben Chernett (Bass) and Andy Head (Drums) – Saint Agnes have clocked up over 200 shows across the UK & Europe already. 2018 laid the foundations for what is set to be a breakout year for the band, playing the mainstage at Kendal Calling, receiving radio support from Tom Robinson (BBC 6 Music) and John Kennedy (Radio X),  as well as festival appearances across Europe and sold out headline shows at The Lexington and Borderline in London.

Coinciding with the new release, the group bring their raucous live show to London’s Camden Monarch on January 23rd, followed by a summer packed with festivals and European dates.

‘Welcome to Silvertown’ will become the album their fans can’t live without. Saint Agnes have taken the theory of letting fantasy run wild with riffs to match, and have made it their very own. 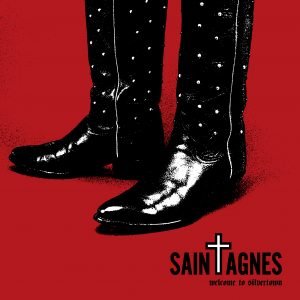 WELCOME TO SILVERTOWN – Tracklisting
1. Welcome To Silvertown
2. Move Like A Ghost
3. Diablo, Take Me Home
4. I Got A Drum
5. The Witching Hour
6. I Feel Dangerous Around You
7. The Death Or Glory Gang
8. Black Horse
9. Why Do You Refuse To Die?
10. Heart Of Mine