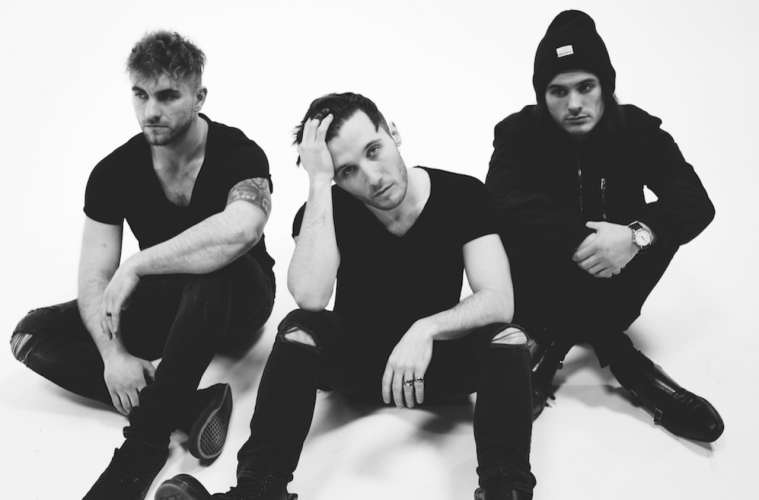 Alt-Pop band, Saint Slumber new single “Sleeptalk” is out now. “Sleeptalk” is the second single off their new EP and last chapter of their trilogy, YOUTH//3, to be released August 16th. YOUTH//3 will continue to tell the trilogy’s story of the trials, tribulations, growth and celebrations of the youth coming into their own.  The EP also features the first single “Mantra” out now as well.

The band says, “Sleeptalk’ is a song that tries to capture the sensation of dreaming about someone you haven’t seen in a long time: The sense of nostalgia, the tension between relief and sadness, that dreamy haze you feel as you try to make sense of it all. We wanted to create a musical atmosphere that replicated that place between being awake and asleep: We took the guitar parts of the song and processed them through heavy chorus and VHS-esque tape corruption, which gives the effect of a dreamy memory from childhood. We love what the song turned into, and we hope that people will resonate with the complex and bittersweet sensations that we tried to replicate.”

With the goal of breaking a full-length album into three parts, both YOUTH//1 (Red) and YOUTH//2 (Blue) The previous EPs were met with an outpour of press and industry support. In 2018 the band played a handful of iHeartRadio Music Festivals in Philadelphia, PA sharing the stage with artists such as 30 Seconds to Mars, Walk the Moon, Portugal. the Man, The Struts, and more! The band wrapped up their 2018 touring schedule with an East Coast / Midwest run with Young Rising Sons and then headed straight into the studio shortly thereafter to begin recording YOUTH// 3 with producer Nicholas Goncalves of 8 Graves.

Saint Slumber, Modern Machines and Adventure Club united to collaborate on a cover of Taking Back Sunday’s, MAKEDAMNSURE. The song currently has over 1.7Million+ streams on Spotify alone and has received dozens of playlist placements across all the DSPs.

Saint Slumber ended 2018 with the release of their cover of FEVER which landed them their first New Music Friday placement on Spotify. Shortly there after the band’s track was featured on the Alternative Beats playlist along with being added to multiple listener playlists across the platform.

“Sleeptalk” is out everywhere at: https://orcd.co/saintslumber_sleeptalk

“MANTRA” is out everywhere at: https://orcd.co/saintslumber_mantra