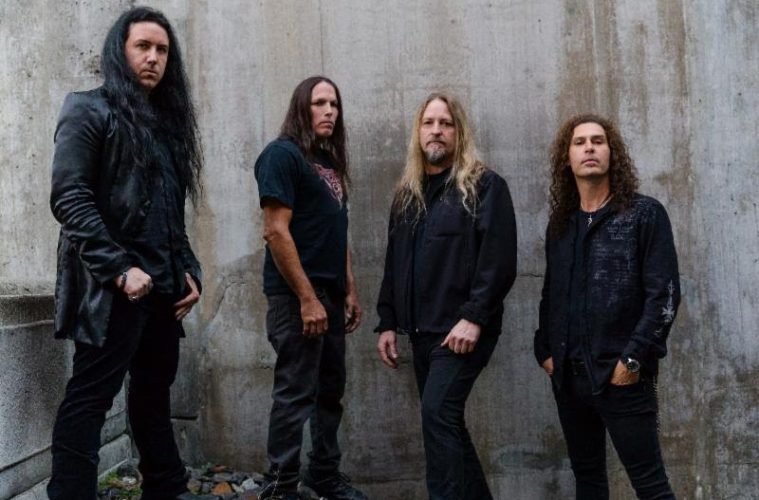 On December 13th, 2017, Warrel Dane, the legendary lead singer of Sanctuary and Nevermore passed away while recording his posthumously released studio album ‘Shadow Work‘. At that time, Sanctuary had already confirmed and announced a US tour supporting Iced Earth in February/March 2018 and while shocked by Warrel Dane’s passing, decided to turn it into a tribute to his legacy with the exceptionally talented Witherfall vocalist Joseph Michael. Performing tracks from 1988’s “Refuge Denied“, 1990’s “Into the Mirror Black” and 2014’s “The Year the Sun Died“, Joseph Michael delivered a stunning performance and received very positive feedback from the fans attending the shows. Remaining founding members Lenny Rutledge (guitars) and Dave Budbill (drums) ultimately made the decision to continue with Sanctuary and new singer Joseph Michael not only as a live act, but also compose and record a new album, which is currently expected to surface in 2020. 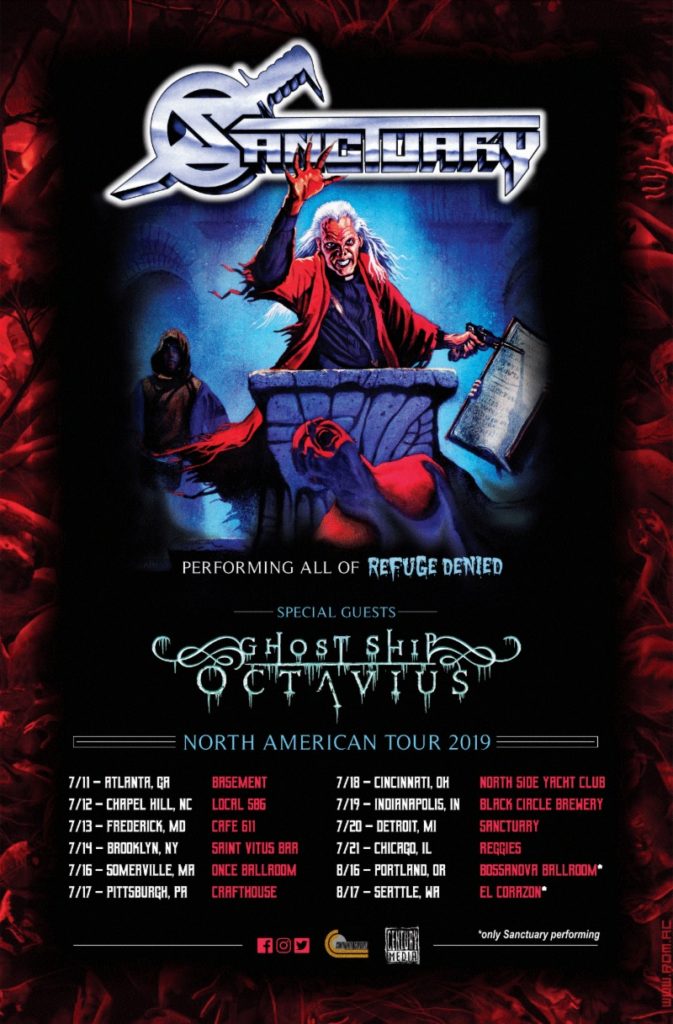 Now, the band has confirmed two European festival shows this summer and will tour North America in July performing the entire ‘Refuge Denied’ album. “Sanctuary are looking forward to playing two special festival shows in Europe this summer in addition to our commemorative Refuge Denied dates in the US where we will perform our classic debut album in full,” states Lenny Rutledge. “If you’re an old school Sanctuary fan or a fan of classic metal, you don’t what to miss this run of dates! Joseph Michael (Witherfall) is the new singer of Sanctuary and we will be playing songs from all 3 albums but focusing on the earlier material. Come check out the return of Sanctuary!”

While the new album is still months away, Sanctuary will continue to perform live as Joseph Michael enables the group to do intense old school sets including the soaring vocals and high screams, fans know and love on albums such as “Refuge Denied” and “Into the Mirror Black”. Sometimes, great triumph comes from great tragedy, and this sounds true in regards to Sanctuary!

Tickets and merch available at https://www.sanctuaryofficial.com/home