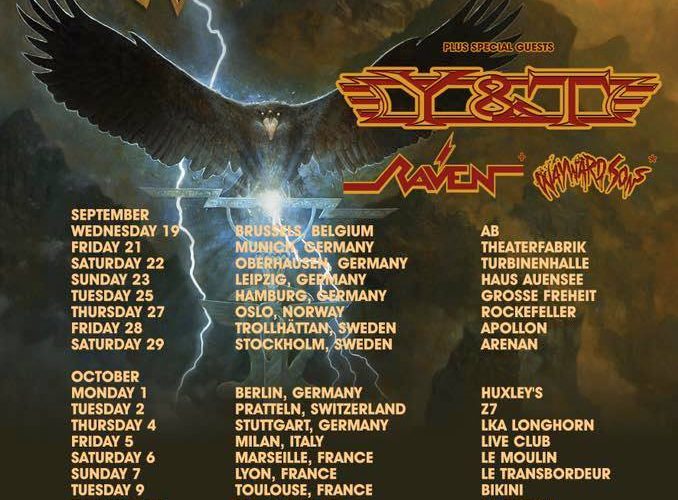 Since 1979 SAXON have shown their ability to take rock ‘n’ roll and give it an electrifying edge which has since cemented their status as pioneers of the British heavy metal wave. With over twenty studio albums under their belt, SAXON has made their steadfast dedication to creating a dynamic body of a work a staple of their career.  With no signs of letting up, the SAXON Juggernaut continues with the release earlier this year of their latest album “THUNDERBOLT” and an ongoing World Tour that’s going from strength to strength. 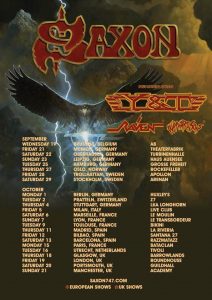 The band release their latest video for the track “Predator” featuring Johan Hegg from Amon Amarth from the aforementioned Thunderbolt album ahead of their next leg of the Thunderbolt tour.

“Great fun doing the new video for Predator.  Big thanks to Johan for doing his thing on vocals with me…
And much thanks to Steph Byford for making the video, hope you like it” – Biff Byford

The Special Tour Edition features live recordings of “Thunderbolt” and “Nosferatu (The Vampire’s Waltz)” recorded in Frankfurt and Los Angeles on the 2018 Thunderbolt World Tour.  The CD format also contains a 10” x 10” poster with photos of the band while on Tour.