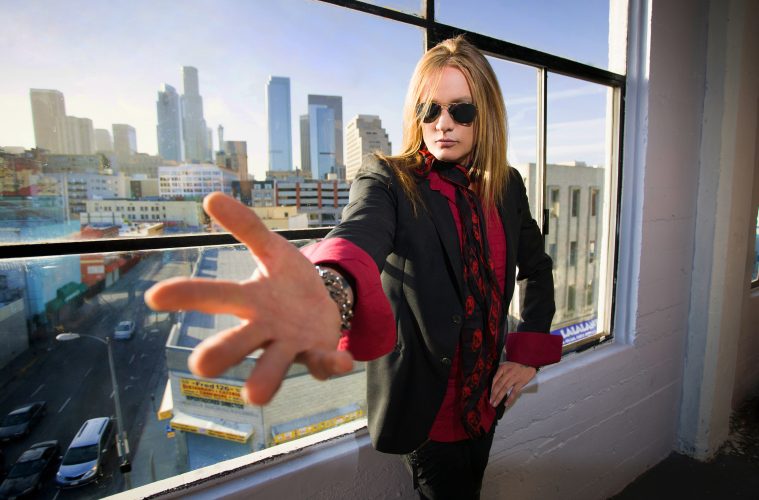 Revered vocal powerhouse SEBASTIAN BACH will celebrate the 30th anniversary of SKID ROW’s acclaimed, self-titled breakout debut album with a U.S. Tour where he’ll be performing the record in its entirety plus other songs from his celebrated catalog. The tour will kick off in Nashville, TN on August 30th and will end in Pinellas Park, FL on November 2nd. Tickets and VIP Meet N’ Greet upgrades go on sale Friday, June 7th at http://www.sebastianbach.com/.

In a statement from Bach: “In 1989 we put out the first record ‘Skid Row’. 30 years later, people still dig the music we created in a garage all those years ago. In commemoration of this 30th Anniversary digital deluxe release, my band is going to perform the first Skid Row record, in its entirety, on the road, LIVE this fall! It’s going to be fun to do something that has never been done live before! We are looking forward to seeing you all for this one time event! Note: This concert is 100% live in every way! All real! All the time! No tapes! No fakes! Come and see a real rock band while they still exist! We give it to you straight from the heart ‘cuz that’s the only way we know how! See you on the road!”

Released in the winter of 1989, SKID ROW’s self-titled record is one of heavy rock’s most successful debut albums, landing in Billboard’s Top 10 and going on to sell millions of copies around the world. The record transformed the band from local New Jersey quintet into a global phenomenon whose rebellious attitude and jaw-dropping talent set the bar and tone for rock music in the late 80’s and early 90’s. SKID ROW’s singles, “18 and Life,” “Youth Gone Wild” and “I Remember You,” are among the decade’s most recognizable rock anthems that still receive heavy airplay on radio stations across the country. The group again achieved commercial success with its second record ‘Slave to the Grind‘ (1991) certified multi-platinum, reaching number one on the Billboard 200.

SEBASTIAN BACH is recognized globally as a vocalist, television star, actor and beyond! Bach hit the spotlight in the late 1980’s as the iconic frontman for mainstream heavy metal / hard rock act SKID ROW. Since his departure from Skid Row in the mid 90’s, SEBASTIAN BACH still remains one of the most relevant rock figures in pop culture today, with over 20 million records sold, three solo records, guest appearances on “Gilmore Girls,” “Trailer Park Boys,” “Californication” and other popular television shows, and several acting stints on and off Broadway. BACH’s last album, ‘Give ‘Em Hell‘, impressively, landed on the U.S. Top Hard Rock and Top 200 Billboard charts, proving his prowess decades after his initial debut. BACH’s critically acclaimed Harper Collins memoir “18 And LIFE on Skid Row” was released December 6, 2016. 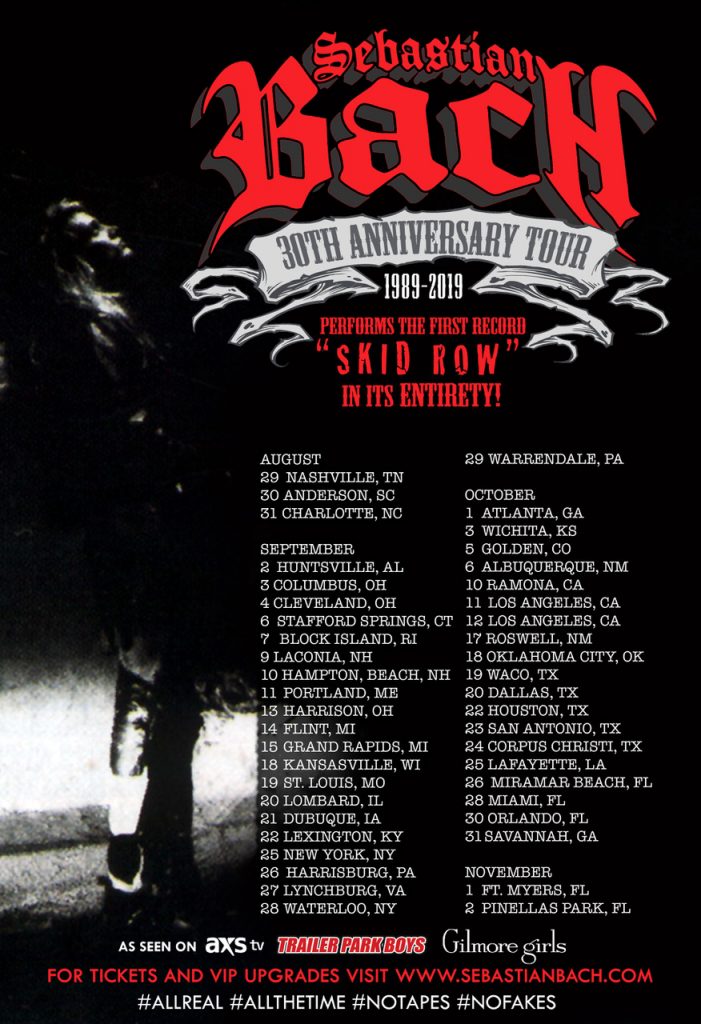