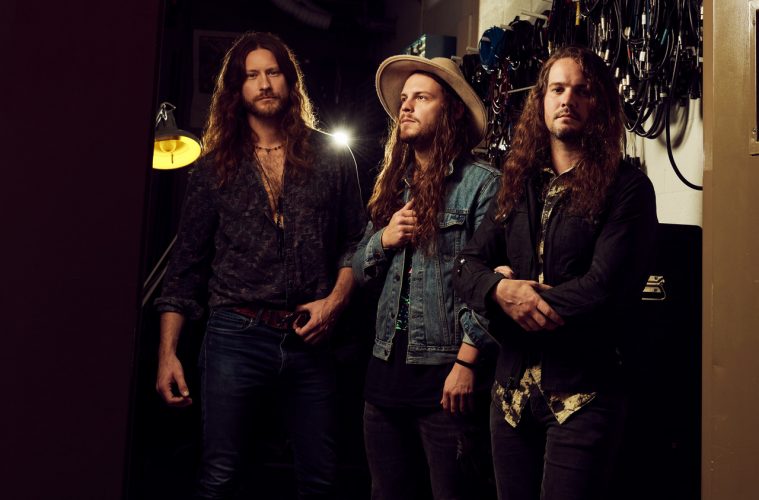 Secrets In The Sunset – Interview with Goodbye June

Usually we start with a theme or a couple stanzas one of us comes up with.  We try to build a song around the idea or fit into a piece of music we already have worked on.

Vulnerability and honesty. If you write to be catchy you are already lost. The best songs have all of the above.

It’s difficult to pull out the “darkness” inside and tell your audience, but those are typically the songs that people respond and connect their lives to.

“I used to fear Jesus back then, and Momma used to hold my hand, but now I just run.”

What inspired “Live In The Now”, part of your latest album “Secrets In The Sunset”?

Brandon was playing all these wonderful chords on the 12 string and it opened up this world to us. We just started writing down ideas and thoughts we were having and someone spit out “live in the now.”

We wrote that with our musical confidant Paul Moak (he produced Magic Valley and “Joan&Dylan”). We were in the studio and we started playing a verse/chorus that Landon and Tyler wrote a long time ago and Paul loved it. We spent some time on it and ended up with “Joan&Dylan”.  The chorus says “we heard Joan and Dylan singing, but I’d hate to think that, it ain’t me your looking for…” which is referring to the Bob Dylan Song (that Joan Baez covered) called “It Ain’t Me, Babe.”

Do you remember the day you wrote “Blindly Follow Blindly”?

Tyler wrote the verses at about 2am in the morning after waking up with music on the mind.  He brought it to Landon, Brandon, and Bobby Huff (producer) in the studio a few weeks later and everyone pitched in to write the chorus. It was a very organic and natural process.

Among all the songs of the album, is there a particular verse/lyric that has a special meaning for you?

The chorus of “Secrets In The Sunset” is very special. It deals with being overstimulated and “oversold” in today’s modern world.

Getting back in the studio and then hopefully touring in the late winter / spring.