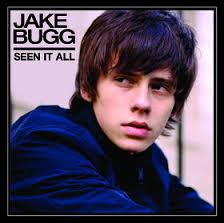 Seen it All – Jake Bugg

This song is maybe one of the most recent one we described in our website.

It has been written in 2011 and officially released in 2013 as part of the first, self titled, album of Jake Bugg.

The song lyrics are talking about a crazy party where every invitee was holding a knife and, at the end of the night, one of them got inevitably stabbed.

For this reason the title “Seen it all”, it looks like the singer couldn’t believe these kind of party (or people) were really existing.

Until here all simple correct? except the last verses of the song, where Jake writes (together with lain Archer) : “I have seen the light”…

According to many, this would have meant that, at the end, he was the one getting killed…….

So maybe the song is not talking about just one party, maybe it talks about the music business where everybody is having fun, but ready to kill you in case is needed.

What do you think? do you agree with this version?