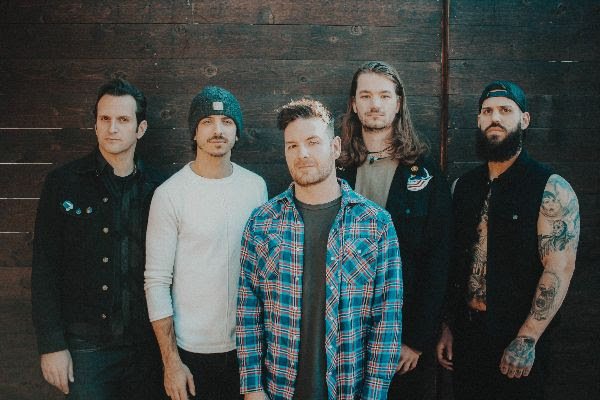 Senses Fail are wasting no time in 2019 with the release of the music video for “Elevator To The Gallows.” The video shows members of the band entering a boot camp of sorts to win Demi Lovato’s love. The incredibly fun music video is a juxtaposition to the heavy subject matter of the song, diving into the feelings Lead Singer Buddy Nielsen was grappling with while his wife was facing extreme complications after the birth of their daughter, Penelope.

On the very fun video, the band shares the following note:

“We are all big fans of Demi. We’ve tried to @ her on Twitter but to no avail! So we took the logical next step and made a video devoted to winning her attention. Having personally struggled with addiction I know all too well what Demi has been through. We want her to know Senses Fail loves her and wishes her the very best!
Your best friends who you don’t know yet, Senses Fail.”

“Elevator To The Gallows” is the most recent single from the band’s 2018 release, ‘If There Is Light, It Will Find You‘. Giving the band their strongest opening week in over a decade, the album secured the #1 spot on the Independent, Alternative, and Hard Music charts, as well as the #2 Rock, #7 Digital, #12 Current Albums, #25 Physical, and #57 on the Top 200. Heralding praise from media outlets as the band’s most honest and one of their best releases, ‘If There Is Light, It Will Find You’ is available now on Spotify and Apple Music. Physical albums and merch bundles are available at sensesfail.com.