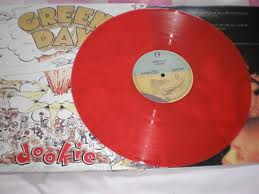 Another song inspired by a former girlfriend…….the history of rock and roll is plenty of song like this, isn’t ?

But this one has something special: first it has been written by Billie Joe Armstrong, second carries the same title of a feminist poem showed by her to him.

In fact, the song can be interpreted as a feminist statement of a rebel young woman……only that is Billie that sings it!

“She” was the fifth single of the album Dookie, great success released in 1995, 18 years ago.

Insider news: the same album contains a lot of other songs dedicated to the same girlfriend………do you know all of them?