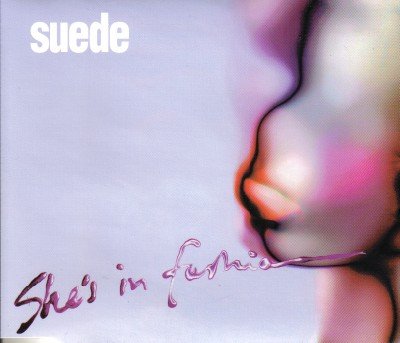 She is in Fashion

Britt had a very controversial character, not only he had a lot of fight other bands members but also he was very provocateur on stage and outside it.

Most of the time the band is included in the Brit Pop genre together with Oasis and Blur; we don’t know if we can really categorize Suede in to the Brit Pop since they were more outsiders than the other two Groups.

Did you know that, in America, Suede had to change their names in London Suede because another band already existed with the same name?

The most important album of the Suede are : “Suede” of 1993, “Dog Man Star” of 1994, “Coming Up” 1996 and Head Music 1998 (without the guitarist Butler and with Brett Anderson in strong difficulties apparently with drugs).

In April 2013, almost 12 years after their last album , Suede decided to release a new album……….. we are really curious to listen at it………..to understand if and how they changed their style.

“She is in fashion” is part of the album “Head Music”, it was released in 1998 and reached the number 1 position in UK charts.

The song was written by Brett Anderson and talks about the classic girl portrayed on the cover of a magazine, always informed about the trends and “in fashion”.

The lyrics of the song are pretty easy; it is just a description of a beautiful woman.