One of the most enriching encounter we have done during our stay in Paris is when we met Rishi (singer of Elephant Stone) just few minutes before their show @ the Super Sonic.

We have been positively impressed by him because he is not only a great person, but also a fine connoisseur of music! 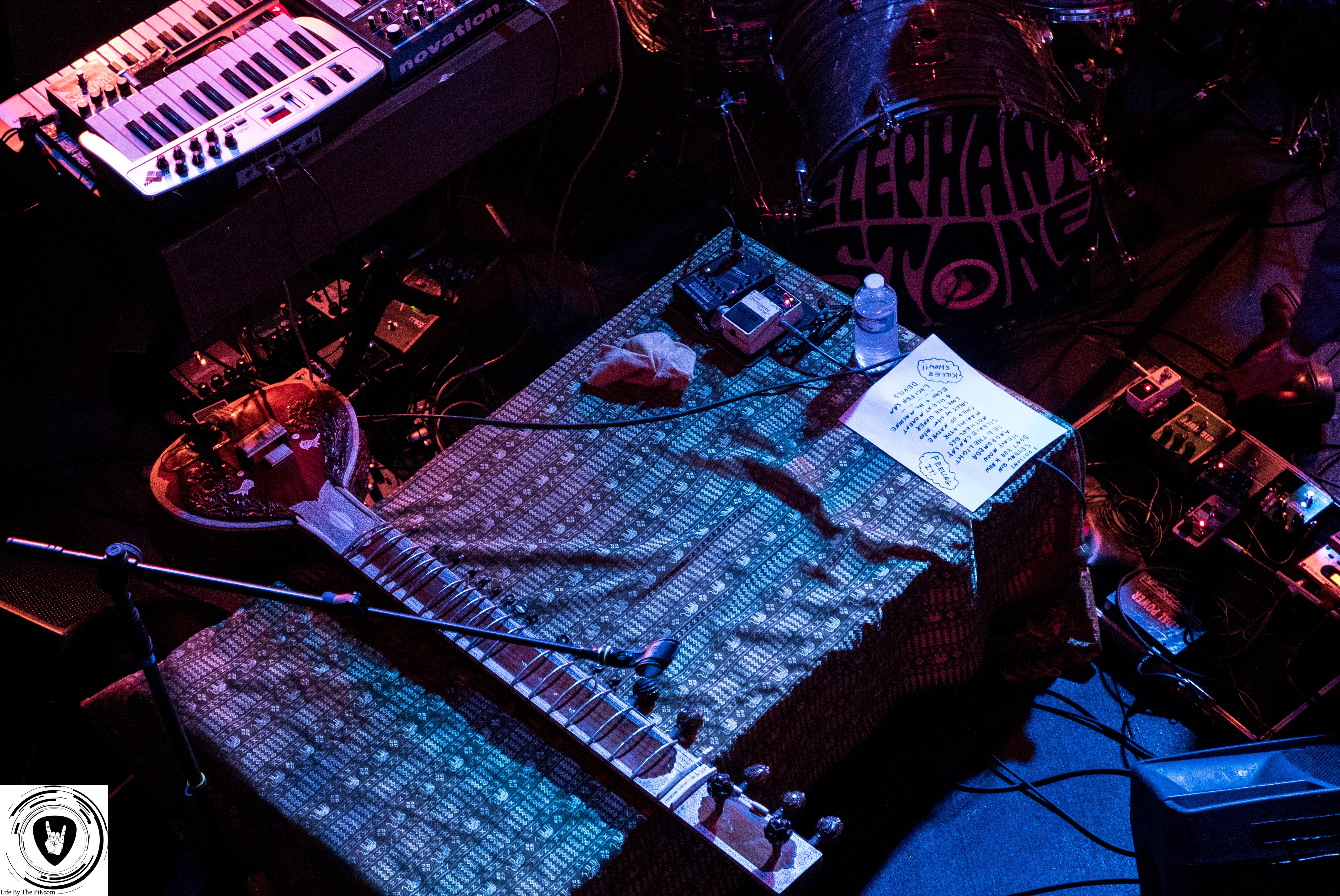 When I started writing lyrics I didn’t know how to write lyrics…..I was thinking….where do we begin?

When I initially started the band like I looked at people like Ray Davies, George Harrison and Elliott Smith, The Jam of  Paul Weller and stuff like that because their lyrically always connected to me.

We are talking about over 10 years ago….. I’d like to see one of their songs and start looking for an idea in there and it’s just bill

When I would write songs, I would usually start with sounds…there’s no words there’s just syllables and sounds…. and then I would try to find the words.

That connect to the syllables and then I would try to find the meaning that connects with those words.

And then everything gets into it……it is like magic, you see what I mean?

When I first started that’s how the process was…..

But then, when I wrote my first album,  I was very into the Bhagavad Gita (https://en.wikipedia.org/wiki/Bhagavad_Gita) …… that is an Hindu philosophical text with a lot of teachings inside its pages and these definitively  influenced my lyrics.

For the third record (three poisons) I got into the Buddhism  and the Tibetan Book of the dead (https://en.wikipedia.org/wiki/Bardo_Thodol) and  I was reading passages from it also because ” tomorrow never knows” by the Beatles.

It’s referencing to me delirious psychedelics experience which is then referencing the Tibetan Book of the dead.

So I went straight to the Tibetan Book of the dead and the whole text of that is about people when they’re dying.

Things like : what a monk is supposed to whisper in their ear and guide them into their next life…..

In that album there is a song called “Child of nature” and lyrically a lot of that I think is pulled from the Tibetan Book of the dead , the song starts with a verse saying…”A child of nature beauty and life. The time is now come for you to look inside”

With the last record it was all really as my first time writing an album without an overall idea of what I wanted.

They put out this great record called the trials of Van Occupanther, that tells a story about the singer that found a photograph of this woman around the late 1800s in America.

He built a whole story around this photo…..you know that they  say ….a picture says a thousands stories and words.

So I thought how interesting was that if I could just find a photo, a picture and built my lyrics around it.

That really spoke to me about the world today….so with this picture in mind I started working on “Ship of Fools”.

You know my lyrics as I get older are based on my view of the world and how I see things like for instance  manipulators….. about people in power who abuse the people they’re supposed to protect

This is ship of fools. The stories just kept building like in one song called “Photograph”

My  wife’s mother told me when she was cleaning her house she found a picture of herself from when she was younger…… but, when she looked at that picture for the first time she couldn’t  even recognize who that person was!

So lyrics to me is all about observing the world around you and kind of interpreting it through how I see it things.

I like writing lyrics…. I find the hardest part of writing a song, but, in some ways, it’s the most rewarding because whit music you’re trying to convey emotion.

With lyrics you kind of want to drive the point home a bit more and if you can enhance the music with lyrics it’s good.

There’s been few songs I’ve written where the lyrics didn’t really mean anything and those are the songs for me that don’t stand the test of time.

what is the most meaningful song you ever wrote?

The one most meaningful lyrics is the one that I never recorded.

My wife and I were trying to have kids and we lost our first baby……and I wrote a song for the baby, but I never recorded it but it was the most honest lyric I’ve ever written in my life.

and the one of your favorite song?

Oh wow. So many amazing lyrics!

I think it would be something  by George Harrison probably I mean because I relate to a lot of what he wrote.

I would say ” All Things Must Pass”

I just got my friends to remix my songs, because I just like seeing how they interpret them.

They may make it more interesting and then they  presented it to me in a way that I did not anticipate….So it’s always a surprise…… Wow I couldn’t have done that!

I have a friend, his name is Xavier Boyer, he was part of a band (they were big in the late 90s) called Tahiti 80 and he worked on one of my songs and his remix was better than the original!

He’s an amazing songwriter  and he he basically just rewrote my song but use my melody.

It’s the last song on the EP…. I remember when I heard it. I was shocked …. He made the song better!

That day was really the first time we’re getting to know each other….  he connected with that song and he treat it  as if  he was a member of the band!

Do you remember the day you wrote “See the Light”?

In the previous album “three poisons” we were much more in darker kind of music territory while with See the Light we went a bit more dancy and so it worked better.

What about “Run sister run”?

The first line is from that Supremes song “You Keep me hanging on”….”set me free why don’t cha baby”…..

That song was about this woman asking this guy to set her free and then….. I used the line and I said “set me free why don’t you honey….”

Each song of this album  to me was a little story.

This one is about these two people……I guess in this relationship that wasn’t healthy for both of them and it ends it’s cool because this is like a conversation and then it ends with this woman screaming like a cathartic.

And also  I stole the title from the song by Isaac Hayes….. 🙂

What music does mean for you?

It’s everything to me.

I mean ever since I can remember music was such a defining thing of who I am.

I heard the Beatles when I was like seven; my brother played me tax man and he told me it was called Batman and I remember I was listening  to it over and over again.

Ever since then it’s always been a huge part of my life and it’s like therapy for me too.

Before I started writing songs I was happy in some ways ….maybe more easy going, but I also felt conflicted and frustrated.

It helps me feel like I’m contributing…..  I give something back by writing songs and creating art I think.

What was the best achievement of “Ship of Fools”?

I had been working on that song for a long time,  for years actually,  and I was never happy with it.

I remember the day I was working at home and writing it just came together…it was great!

I like when I finish song that I’m proud of !

Writing an album is a totally different thing…….it is a whole different project and you work with a lot of different people…..it’s just such a huge thing.

But when I’m writing a song it’s just me and it is just exciting!