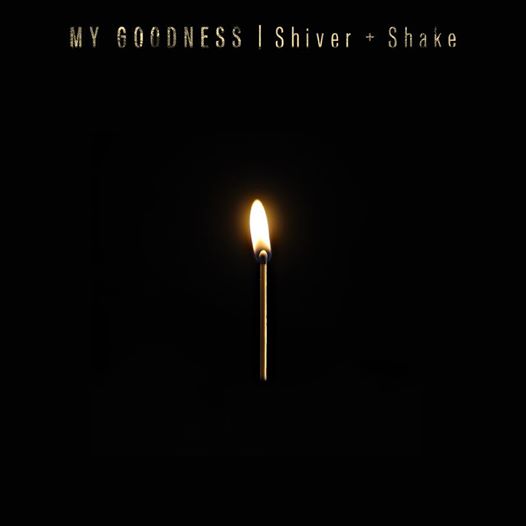 SHIVER + SHAKE – Interview with MY GOODNESS

Joel Schneider – Guitar / Vocals and Andy Lum – Drums of My Goodness (www.mygoodnessmusic.com) answered to our questions regarding their new album…..do you want to know more about it?….. here our interview with them!

RYL: What does represent for you, lyrically, your new album “Shiver +Shake”?

MY GOODNESS: (Joel) Most of the lyrics on Shiver + Shake are about a transitional point in my life. Finding closure on that particular chapter and moving on to the next.

RYL: Which is your favorite verse among all of the songs?

MY GOODNESS: (Joel) There are a few that stick out to me but I think the first verse of “Bottle” means the most to me still.

RYL: Tell us everything about “Check Your Bones”… what inspired you?

MY GOODNESS: (Joel) I wrote the song when I was pretty upset about the way a relationship was going. Its more or less a calling out for things to change.

The main guitar riff to the song was something I’d been sitting on for a while but hadn’t put it together in a song. I think it really fit the mood I was feeling at the time so it worked for what I was going for lyrically.

MY GOODNESS: (Joel)Usually lyrics are the last part of the songwriting process for me. I like to let a song develop and take shape before adding lyrics.

I do this because I feel like after a while of playing the tune I have a far better feeling on what the mood of the song is; how it makes me feel. That feeling usually influences the lyrical content of the song.

RYL:  Do you remember the day you wrote “Letter to the Sun”?

MY GOODNESS: (Joel) I do remember the writing of the lyrics. It was actually one of the last songs on the record that I did. I was sitting on the couch at london bridge studios in Seattle for most of the process.

RYL: Are you going to be on tour this summer?

MY GOODNESS: (Joel) Yes! We are working on a few legs right now. We’re a young band when it comes to touring so we are definitely trying to tackle the US and move on to the UK after that. We’re excited to have these new songs that represent us as a three-piece rock band to play for new ears.

On our tour earlier this year with Augustines we met a lot of new people and it will be great to get back to those towns with a new record in our hands.

MY GOODNESS: (Andy) Hot Sweat and Pay No Mind are a lot of fun to play live. We close a lot of our sets with Hot Sweat and it’s usually at the point when we’re pretty exhausted, but that song brings all the energy back. Pay No Mind has a lot of drumming gymnastics and different rhythms so it’s definitely one that keeps us on our toes.

RYL: Among all the rock songs, which is the best verse ever written?

MY GOODNESS: (Joel) I think you have to go classic here, because I’m not sure if it gets much more soulful/painful than Red House by Jimi Hendrix…

RYL: and the rock song that you don’t really like?