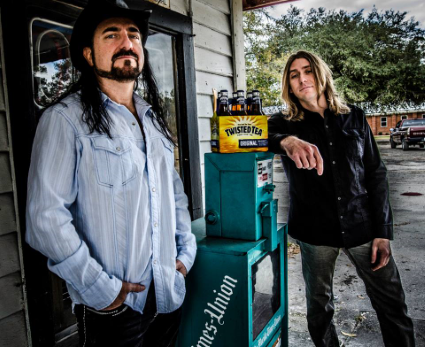 Shot like a Rocket – interview with Tony Mikus – BIG ENGINE

RYL: “Shot like a Rocket” will be released in few weeks,how do you plan to launch it?

BIG ENGINE : We are on the road playing shows across the United States leading up to the release date. Then we have release parties planned for the weekend of the release at The Boot Hill Saloon in Daytona Beach, Florida and High Octane Saloon in Homosassa, Florida. Another release party is scheduled for the following week on Tybee Island, Georgia.

RYL: Have you done already few gigs ? how was the reaction of the fans to the new songs?

BIG ENGINE : The reaction has been fantastic. It has been over two years since our last release and our fans are ready for a new album from us.

BIG ENGINE : Usually it is the title that hits me first. Other times a phrase will pop in my head and it will dictate where the song is going.

RYL: Tell us everything about “Turn It On”….

BIG ENGINE : “Turn It On” has become a bit of an anthem. I wrote the song with our live show in mind. When we hit the stage, no matter what has gone on during the journey there, it is time to Turn It On and give it all you’ve got.

BIG ENGINE : The last song I wrote for this album is “Nice Sass”. It’s a funny and clever play on words and the inspiration is obvious. Lol. On the complete opposite side of things, the last song on the album is “No More Time”. I cowrote it with Ryan Williams after the loss of a friend. There are different inspirations on all the songs on this album.

RYL: Do you remember the day you wrote “Not Your Fool”?

BIG ENGINE : I do. It’s hard to break away from a relationship that you have invested a lot of time and effort into. It’s difficult to come to the realization that you have been manipulated and used and have the guts to stand up and say that you are not going to let it happen anymore.

BIG ENGINE : We have done literally thousands of shows so it is hard to pick just one. Playing a show with Motörhead was one that I never thought we would get to do and New York City with Randy Bachman and Burton Cummings of The Guess Who is another that tops the list.

Luckily Big Engine fits in with different types of artist so we get to play in front of diverse crowds.

RYL: Which was the best Rock song ever written?

BIG ENGINE : Tough tough question. How about “Stay With Me” by The Faces? Great drive and attitude.

BIG ENGINE : The lyrics to ” Like A Rolling Stone” by Bob Dylan

RYL: Which is the best verse you wrote in this new album?

BIG ENGINE : I think the first verse to ” Sister Mary” really paints a picture in your mind.