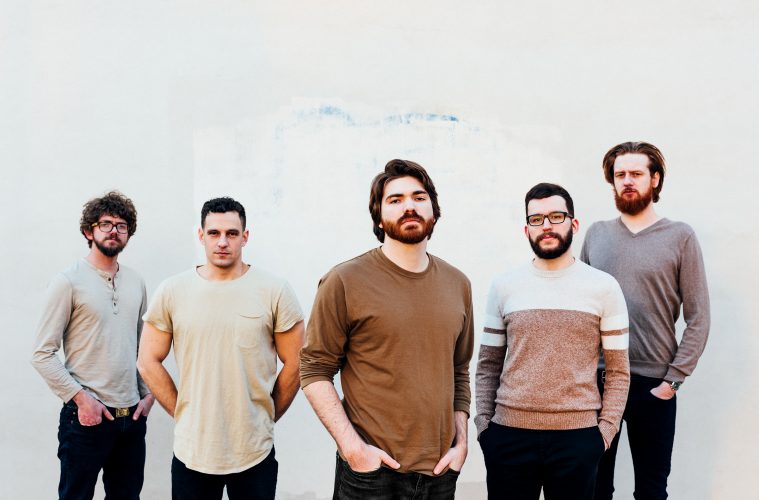 Shrine – Interview with The Republic of Wolves

Let’s talk about your new album “shrine” has just been released…is there a link/something that connects all the lyrics of the album?

We’re really proud of the new record, and we feel like it’s our most complete, cohesive release yet. As we’ve discussed in some other interviews, lyrically the album draws on imagery and symbolism from Japanese folklore and mythology. It’s essentially a concept album, in the sense that all the songs are built around a narrative arc primarily inspired by that mythology. But on a more abstract thematic level, the lyrics are connected by a focus on identity, purpose, and existentialism. That’s the deeper emotional thread running through the songs and the story they’re telling.

Are you ever scared of revealing aspects of your personal experience, to strangers through your music?

I think that’s a struggle for a lot of songwriters, ourselves included, but the lyrical style of this particular project allows for us to distance ourselves from the art to some extent. The lyrics that have become an integral part of this band’s aesthetic have always been on the more obscure side, using colorful and eclectic imagery to explore universal concepts as opposed to telling directly personal stories. There’s always an element of personal confession and genuine emotion behind the songs, but they’re generally very open to subjective interpretation. So that protects us from that sense of vulnerability, at least a little bit.

Most of us have been making music together since high school, and it took a while for us to see ourselves as real musicians with real potential. When we started this project back in 2009 there was a sudden shift toward taking ourselves seriously, and definitely a learning curve when it came to actually releasing albums and performing live shows. We kind of learned how to be a “real band” on the fly, and we made some mistakes early on in the process. We were really focused on doing everything ourselves, when we probably should have accepted some of the help that we had been offered from people in the industry. Seeing our albums being reviewed on big websites and in magazines was a huge hallmark for us, as was the opportunity to perform on Warped Tour two years in a row. So there have been these intermittent moments that make us step back and look at how far we’ve come, even if we still have a lot farther to go. 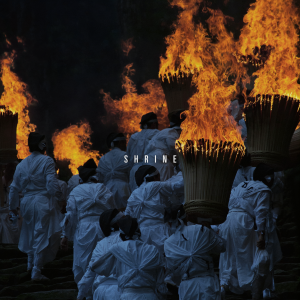 For me it was always changing, up until I kind of found my “emo/indie” niche in high school. Early on I’d just listen to whatever my dad put on the stereo, which was a lot of weird stuff like Soul Coughing and Mahavishnu Orchestra and Brian Eno. For a distinct period of time my favorite song was “Give Me One Reason” by Tracy Chapman, and just a couple years ago I found out that was also our keyboardist Billy’s favorite song as a child — well before we knew each other. But I’m sure a lot of kids loved that song in the 90s.

I don’t know for sure, but I was a late bloomer when it came to buying records. By the time I became passionate about any kind of music, illegal downloading was all the rage. But I do remember buying Blink 182’s self-titled album and Dashboard Confessional’s “A Mark, A Mission, A Brand, A Scar” when they came out, and I think those were among the first albums that I owned physically. If we’re including cassettes, I’m pretty sure I had the Pokemon Movie Soundtrack a few years before that, though.

It feels impossible to pick just one, especially since I really value different types of lyrics for all sorts of different reasons. There are songs by Bon Iver that are beautiful for their almost incomprehensible poetry, and then there are songs by Lorde that perfectly communicate an emotion or experience clearly and directly. For the purposes of identifying a “favorite,” one that comes to mind right now is “Easy/Lucky/Free” by Bright Eyes. Conor Oberst occupies a lyrical middle ground between obscurity and directness, and that particular song carries so much emotion so well.

That was one of the very few songs where the title came first, and the rest of the lyrics just fell into place. I don’t remember exactly where the phrase “birdless cage” came from, but the moment it entered my head I started writing the song around it. It came really quickly, because those first words seemed to embody such a distinct feeling of emptiness that lent itself to more and more imagery. The song turned into an exploration of hopelessly unrequited love, and I think for that reason it seems to have connected with a lot of listeners.

Do you remember the day you wrote “Dialogues”?

“Dialogues” came to us in bits and pieces, but I do distinctly remember coming up with certain parts of the song. The verse came to us first, and we recorded an early version of it that felt like it had a lot of potential – but it was probably a few months before we kind of stumbled upon a chorus that felt natural. At that point we realized it was the kind of song that we could take to a lot of different places, to turn it into the mid-album “journey”-type song that it eventually became. Once we started seeing the parallels between this song and our earlier track “Monologues” (hence the title), we leaned into the thematic and symbolic connections between the two songs.

“Bask” is one of our darkest and heaviest songs musically, which accurately reflects the dark lyrical themes of questioning one’s sanity and perception of reality. The song, as it exists in the specific narrative of the record, is more or less about the main character going insane; in a more general sense it’s about grappling with the conclusion that the mind is fundamentally flawed in one way or another.

We have a few different answers to that question – certain shows stand out in our memory as being great for a lot of different reasons. In 2015 we got flown out to LA to play the Fonda Theater with The Devil Wears Prada, for probably our biggest crowd ever, and that was obviously an amazing experience. On the other hand, one of our most enjoyable performances ever was an acoustic wedding gig for a longtime fan. Sometimes intimacy is what makes for the most rewarding live experiences.

We’re currently working on setting up some tour dates – at this point it’s definitely a financial challenge, but we’re hoping to reach as many cities as possible within the next few months! On top of that we have a few acoustic and alternate versions of new songs coming soon, and we’re always writing new stuff. So we’ll probably be releasing some new music via our side projects in the short term as well!

Connect with The Republic of Wolves: