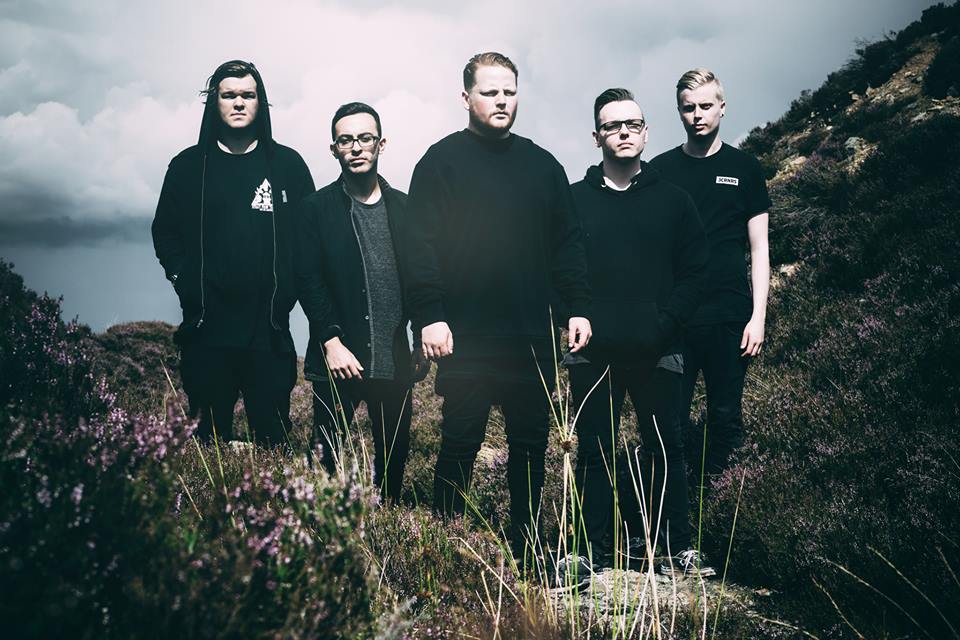 RYL: Your new single “Silhouettes” is obtaining a great success of public, can you tell us what is the meaning behind its lyrics?

NORTH SEASONS/ Harvey (vocals): First let me just start by saying a big genuine thanks for having me and thank you for checking out Silhouettes we’re all stoked you guys liked it!

Well, going right back to the roots of silhouettes, I guess you could say it was a love song?..

I originally wrote it on a piano in some spare time between class at college, so a lot of the emotion that fell into the song or the “first draft” as I call it was extremely pure and spur of the moment.

That being said, it isn’t exactly a love song anymore… the main thing I hoped people would decipher from the lyrics was, you get to choose the meaning behind the words, it’s vague, and that’s the way I wanted it to stay, just not too vague… essentially there are two possible storylines, on one side of the spectrum it’s just a guy telling a girl he loves her and he wants to keep her safe, he messed something up between them and its him basically apologizing and asking for a second chance.

However, on the other side of the spectrum “Silhouettes” is about a boy wanting a girl he can’t have so he has created a world that slowly begins to consume him, a world where he thinks that this girl loves him back.

Problem is, in the real world she doesn’t even know he exists. So, as creepy as it is, the boy in the story is actually stalking her, watching her while she sleeps and generally just being a psychopath. It isn’t really a matter of speculation however, my intention was to write something with a double meaning as a distraction from the true meaning behind this characters words something I imagined a person like this would be more than familiar with.

The true story is unfortunately the latter but “silhouettes” is just the beginning of that story.

RYL: and the debut album? When it will be released?

NORTH SEASONS: It will be out next year, that’s about all I can say at the moment.

RYL: There is a common inspiration between all the songs of the album?

NORTH SEASONS: Although “Silhouettes” and “A New World Order” are a part one and part two (in that order) of the story of the boy and the girl, I tend to draw inspiration from a lot of different aspects of my own life and the lives of the people that surround me, again that being said my true tried and tested method of writing is to create a story as is with “Silhouettes/ANWO” where the characters are completely fictional.

It just gives me the freedom to create what I want and take the story where I want, essentially I just think of a story I find compelling and relatable then try and write it in a way that rhymes!

The rest of the songs on the album derive from an abundance of different inspirations whether it be personal beliefs or actual experiences I’ve dealt with and faced in my own life. In fairness a lot of help writing and structuring the lyrics comes from Mattie (guitar/vocals).

My job is essentially to bare all and create something pure and unshackled, Mattie and I then have the job of taking that raw thing and making it into something that people can sing along and relate to.

RYL: How do you plan to promote it?

NORTH SEASONS: We will be hitting the road later this year in support of ‘Silhouettes’ but more will come on that later. We’ve been fortunate enough to have this ‘word of mouth’ support system work in our favor for some time now.

This has made conventional promotion a lot easier; we teamed up with the lovely Steph Knight at Domino PR for the release of our single and plan on doing the same for the release of the EP next year. We’ve also got a few other tricks up our sleeves to get our EP in everyone’s ears.

NORTH SEASONS: When it comes down to it and its time to put pen to paper its normally as I stated earlier, a case of going all out and hoping that you end up with something relatable/understandable.

I believe that as a vocalist and a lyricist your obligation is to be by definition an open book, you have to be honest, brutal, genuine and willing to shame yourself for your art, for me that has always gauged the biggest and most genuine response.

My writing process as an individual is relatively simple in a sense, once I get myself in the state of mind and get past my own emotional barriers whether it be embarrassment, sadness, anger, happiness, feelings of love or hate.

Once I feel like I’m able to share it, it kind of just pours out onto the paper, from that point it’s just a matter of tidying things up with Mattie.

NORTH SEASONS: “I never truly had expected to find the answers to my questions at the bottom of a bottle, she said “that didn’t stop you looking” and now the whiskey’s started talking so you know this is the truth, I think I might just have a problem, yeah my problem starts with you, you see god knows how much I’ve tried to see things in a different light but oh this world is bleak and dim and I can’t make myself alright, so I cry out for attention, but I see no helping hand I guess I’ll settle for redemption in the form of empty cans and after all I’m better off this way, the way you left me, stewing, reeking of remorse and wallowing in my self pity.

I’m not bitter, I’m just not getting any better (repeated) crash and burn to ashes, your dying on the bathroom floor, you lost a brother? Well I lost a son! I wage this war alone, I don’t need anyone, f**k you!”

Maybe not my best but the thing I’m most proud of has to be the whole of the interlude titled “bitter” from our upcoming EP, the reasons it’s my favorite is because I take pride in my ability to be open and honest and “Bitter” is just me talking about the darkest part of my life after my brothers death.

It’s actually written from my own perspective talking about my own problems at first, then from “crash and burn to ashes…” its from the perspective of my mother, heading into “good news” which is the story of how I was told about my brothers passing.

NORTH SEASONS: ELECTRIC! Actually I guess it depends… North Seasons as a whole have a huuuuge variety of genres that we all listen to but it all depends on what we’re in the mood for. You can’t exactly chug or play breakdowns on an acoustic… just saying.

RYL: Which is your biggest dream?

NORTH SEASONS: Everyone has the big dream to put on incredible shows and play to immense crowds, to be honest, I think as long as we’re in a position that we can play the music we love to the people that love it and be able to support ourselves and our families, that would be a dream come true in itself. Also I probably wouldn’t mind marrying Taylor Momsen.