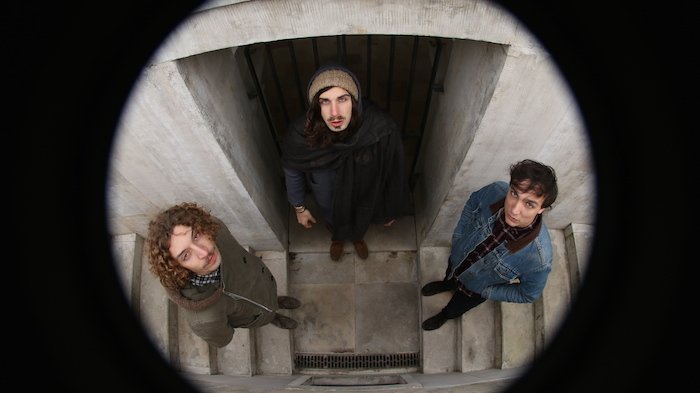 Sinking In Your Sea – Interview with GO!Zilla

RYL: Tell us about your second album “Sinking in Your Sea”….what it means for you lyrically speaking?

GO!ZILLA: It’s about falling and having addiction about something, that could means love someone, something or simply cannot leave a specific thought from your head.

RYL: Let’s talk about the song “Melting”, what it means for you?

GO!ZILLA: Melting is our first single it speaks about people growing, losing time and finally melting into themselves

GO!ZILLA: not a specific one, all those songs speaks about people or experiences that we had during the last year together: while we were writing the album in fact.

RYL:  Do you remember the day you wrote “Hiding Away”?

GO!ZILLA: yeah, we were together in mattia’s house, he wrote the main theme of the song, I wrote the refrain and lyrics (Luca) and we finally decided was a killing song.

GO!ZILLA: I prefer to start from the music then I try to imagine what those notes and atmosphere are creating and finally I’ll put melodies and lyrics over it.

GO!ZILLA: Sinking in your Sea, is a personal version of my passions

GO!ZILLA: imaging that one day you will perform this song in front of people that will feel some emotion listening to it

GO!ZILLA: I don’t have a favourite actually, I like all the songs in the same way, maybe the refrain of Hiding Away is really cool “hiding away the evils and the saints your face looks weaker then the rain….leaves are turning brown your body is melting down, the end is closer then the rain” I m deeply thinking about lifes going on and time running out…

GO!ZILLA: we don’t have new songs yet! After we finished the recording session we started a long tour that will stop just around December…

GO!ZILLA: playing everywhere, maybe going soon to the states, we are working on that, please follow us on www.fb.com/gozillatheband or either on our new website: www.gozillaband.com

RYL: What “I hate all the time” lyrics mean to you?

GO!ZILLA: it speaks about me, I simply hate all the time, but that means that I also LOVE all the time 😉