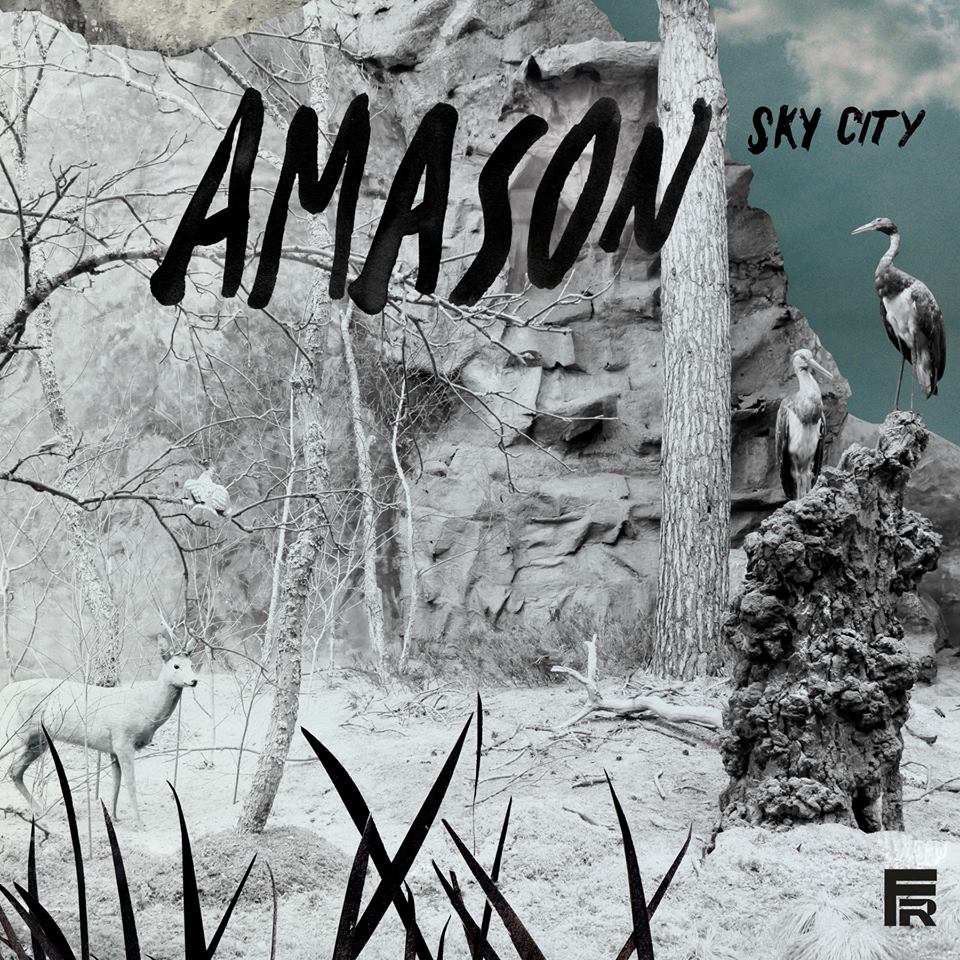 RYL: Which was the hardest difficulty in making this new album (Sky City – to be released the 27thJanuary)?

RYL: What it does mean to you, lyrically?

AMASON: Sky City is mostly about change and confusion, fears and love. And duality. Evolving subconsciously and consciously in the same field but not necessarily at the same time, and about the friction and the weight that it creates in your head.

AMASON: It depends on what project I’m working on of course. With Amason, ever since the beginning, we’ve been working very intuitively, following our first instincts and impulses.

We’ve written the songs at an incredibly fast pace and without much evaluation, and of course this atmosphere spills over to the lyrical part of the album.

Honoring the process more than the result, definitely. Never worrying if it might be your best effort or not but rather keep on writing for the sake of it, trusting that it will evolve your expression sooner or later.

AMASON: That is a song about relationships on the verge of its decay, and the powerlessness and the confusion and sorrow that comes with those psychological processes where you seem to give your worst to someone you felt you loved the most.

RYL: How important is an acoustic guitar for a good songwriting?

AMASON: I think a good song can start anywhere actually! Sometimes by accident and sometimes after a lot of tremendously hard work. Of course a lot of songs were written on an acoustic guitar cause it’s a great instrument that many people use. But if someone wants to write a song I think they can find it pretty much anywhere and from anything.

RYL: Tell us all about “Yellow Moon”

AMASON :That was the very last song we recorded for Sky City. We thought we needed one more up tempo song for the album and we brought our good friend Patrik Berger with us in to the studio to let him produce it.

He is a great guy with a very strong positive energy, so it felt very natural to let him be the first one to enter our creative sphere where we’d been pretty much all alone up until then.

RYL: Do you remember how did you write “Pink Amason”

AMASON: Pink Amason was initially a 10 minute jam that we recorded while it was going on and then we cut it in half and made a song out of it.

RYL:  You just toured US, what’s next?

AMASON :Right now we’re doing shows in Scandinavia in support of the Sky City release. But we’ll come back to the US as well, we’re doing SXSW this year and hopefully we will have some regular shows aside from that too.