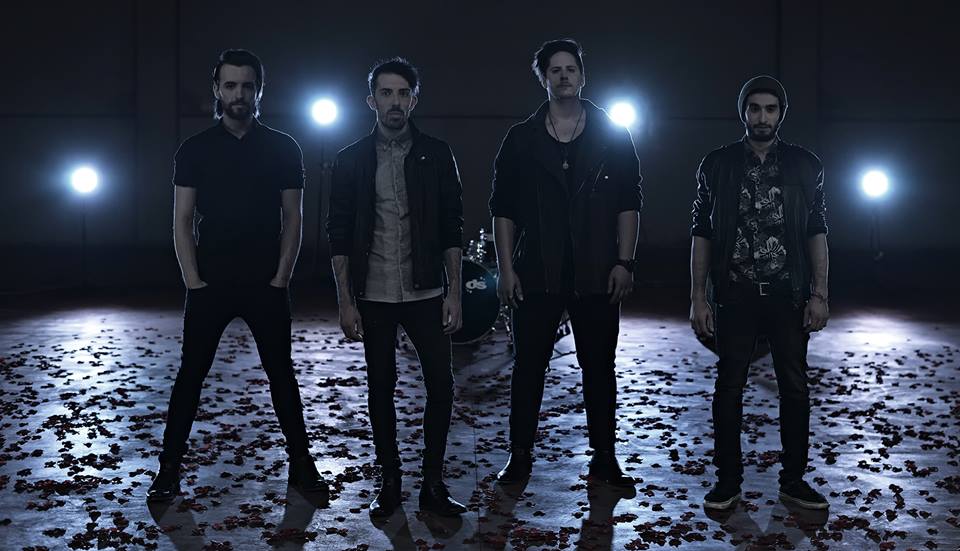 SLOW – interview with Soldiers of a Wrong War

RYL: Tell us everything about your last album “Slow”, why you selected this title? What it does mean to you?

Soldiers of A Wrong War: We decided to call our new EP “Slow” because that was the title of the song that we liked the most.

We thought that since it was an EP, the best thing to do was to call it with the title of the strongest song that we had in it and we definitely feel that “Slow” is one of the best tracks that we’ve ever wrote.

RYL: Your first single is titled “Slow”, what inspired its lyrics?

Soldiers Of A Wrong War: Sleepless nights are one of our main inspirations. This song is the result of one of those nights, where you keep asking yourself if your life is really how you wanted it to be, when you feel the need of something more than meets the eye but you can’t find it and you want to understand how can you evolve and grow without feeling this way.

Soldiers of A Wrong War: Yes, definitely! We think that if you listen to this EP, you can feel what’s the mood of it because, when we write our songs, we always try to keep our sound homogeneous as much as we can. Lyricly speaking, we think that hope and never surrendering are the main themes of this EP.

We all have our dreams, we all work hard to achieve them and hope, along with hard work, is the fuel that lead us to do what we do in our lives.

RYL:  Do you remember how the lyrics of “Walls” have been written?

Soldiers Of A Wrong War: Sure, we first wrote the instrumental part of the song, we were really satisfied with the outcome cause the vibe of the song was exactly the one that we wanted for that song.

After that, we started to put our ideas together for the lyrics and we developed the whole song around a sentence that we wrote which was “we’re hopeless since we have the certain of being two drops inside the sea”.

Soldiers Of A Wrong War: For the music, usually Difio, the singer/guitarist of the band, records the instrumental skeleton of the song, then we put our ideas together untill we shape the song to its final version.

When we are satisfied with the instrumental part, we start with the lyrics and we write everything together.

RYL: Which is the most meaningful song of the all album?

Soldiers Of A Wrong War: “Slow”, it’s the opening track of the EP and the one that gives the name to the EP. It’s a never surrender anthem and it’s what we’re doing since the very beginning: we’ll never surrender, we’ll walk our path and we’ll build our dreams, step by step and brick by brick!

Soldiers Of A Wrong War: This is one of the hardest questions somebody ever asked us! There are so many great songs that we could think of but if we have to choose one, it’d probably be Enter Sandman by Metallica.

RYL:  Which is the last song (unpublished) written by you?

Soldiers Of A Wrong War: The last song we wrote so far is called “Heavy Hearts”, we can’t wait to have the chance to record this bad boy and share it with the whole world!

RYL: What the song “Slow” means to you?

Soldiers Of A Wrong War: Well, creating a song is like freezing a part of your life and putting it inside of something that immediatly becomes immortal, not even time will be able to destroy it cause that song will always be there.

So basically music is the only tool that we have to win the battle against time and that’s what “Slow” means to us. It’ll always be with us and it’ll always bring us back to how we felt in that specific time of our lives.

RYL: Where we can see you live? Any plan of touring soon?