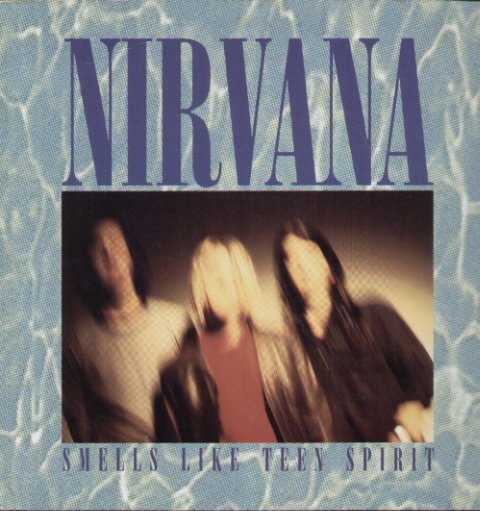 When I first read about smell like teen spirits i was not expecting this……I find it very funny…..

In a January 1994 Rolling Stone interview, Nirvana frontman Kurt Cobain revealed that “Smells Like Teen Spirit” was an attempt to write a song in the style of the Pixies, a band he greatly admired.

“I was trying to write the ultimate pop song. I was basically trying to rip off the Pixies. I have to admit it. When I heard the Pixies for the first time, I connected with that band so heavily that I should have been in that band—or at least a Pixies cover band. We used their sense of dynamics, being soft and quiet and then loud and hard”

Cobain did not begin to write “Smells Like Teen Spirit” until a few weeks before recording started on Nirvana’s second album, Nevermind, in 1991.

When he first presented the song to his bandmates, it comprised just the main riff and the chorus vocal melody,which bassist Krist Novoselic dismissed at the time as “ridiculous.”

In response, Cobain made the band play the riff for “an hour and a half.”

In a 2001 interview, Novoselic recalled that after playing the riff repeatedly, he thought, “‘Wait a minute. Why don’t we just kind of slow this down a bit?’ So I started playing the verse part. And Dave [started] playing a drum beat.”

As a result, it is the only song on Nevermind to credit all three band members as authors.

Cobain came up with the song’s title when his friend Kathleen Hanna, at the time the lead singer of the riot girl punk band Bikini Kill, spray painted “Kurt Smells Like Teen Spirit” on his wall.

Since they had been discussing anarchism, punk rock, and similar topics, Cobain interpreted the slogan as having a revolutionary meaning. What Hanna actually meant, however, was that Cobain smelled like the deodorant Teen Spirit, which his then-girlfriend Tobi Vail wore. 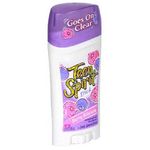 Cobain later claimed that he was unaware that it was a brand of deodorant until months after the single was released.

This article uses material from the Wikipedia article <a href=”http://en.wikipedia.org/wiki/Smells_Like_Teen_Spirit , which is released under the <a href=”http://creativecommons.org/licenses/by-sa/3.0/“>Creative Commons Attribution-Share-Alike License 3.0</a>.