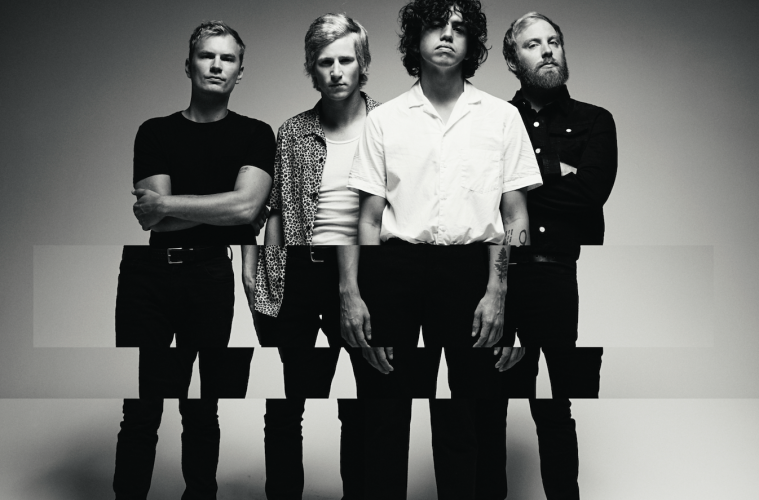 Social Animals have shared a new track, ‘Something to Keep Me Awake,’ via Rise Records. Recorded pre-COVD-19 at Chris Carrabba’s home studio (Dashboard Confessional), the track is eerily fitting for this time; a time when each day feels like a struggle and each news bulletin stokes a fire of desiring change, of protest, of restoring faith in humanity. The accompanying video shows footage of the band on the European leg of their tour with Ash, which was cut short due to the current crisis before the band could land on UK shores.

Stream ‘Something to Keep Me Awake’ HERE

Befitting the release, Social Animals have also announced a 14-hour livestream, for which they’ll take inspiration from Allen Ginsberg’s ‘Falling Asleep In America’ – putting the acclaimed poet’s words to music. The stream will see the band create a brand new song, live on air, giving fans a unique insight into the creative process. The net proceeds from the final product will support U.S. non-profit HeadCount which works with musicians to increase participation amongst civilians in the democratic process, encouraging fans to register to vote. The exactness of the length of the stream comes from Dedric’s faithful journey from Nashville to Minnesota.

“It’s hard to watch the news today without a Xanax bar. We recorded ‘Something To Keep Me Awake’ with our friend Chris Carrabba in his home studio, and he adds some anger through his backing vocals throughout the track. It’s fitting, because if you’re not angry right now, you’re not listening. Every morning when I wake up in this strange new world we live in, I have to find new ways to stay motivated and keep myself awake. It’d be easier to sleep through it. But that simply isn’t an option. So we’re not going to “wait until this blows over” to share this with you, because it shouldn’t just blow over. We need to sit with our situation, and find out what really matters to us and how we can help. Stay safe out there.” Dedric Clark (vocals, guitar)

During the stream, Dedric and the rest of the band will also engage with fans, answering questions, potentially even play Nintendo with a lucky few – as a traditional pastime of theirs while on the road. A suitably ambitious and exhaustive undertaking, the stream will be held on YouTube and available to view via the band’s official website.

The band have stayed active during quarantine, writing new music and curating performances for live streams. Prior to that, they released a string of singles (Bad Things, Best Years, Get Over It) to widespread praise from various media outlets. They hit the road in the US with label-mates Angels & Airwaves and in Europe with Ash, bringing their electric live show to audiences in France, Belgium, Germany, Switzerland, Italy and more.