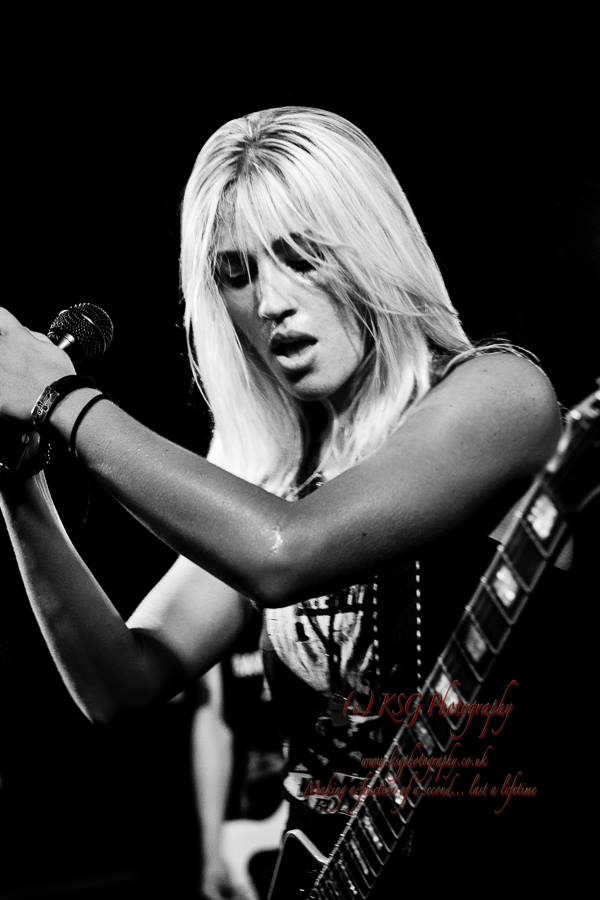 Sold My Soul to rock and roll – Laura Wilde interview

Right back from the tour that brought her across USA and lately UK, Laura Wilde (http://www.laurawilde.com) is back in Los Angeles, ready to prepare new music.

We asked her many questions about songwriting and her amazing last album ” Sold My Soul”.

RYL:  Your 2013 tour just ended, how was this experience on the road? Which was the best gig among all of them? Why?

Laura Wilde:  The tour was just amazing!  The band and I made so many new friends on the road and visited some of the most beautiful cities.  We were also lucky enough to do our first international tour last month in the United Kingdom which a great end to the summer.  I feel as if the show we played in London was our best ever because it was the last concert after six months of touring so we just gave it everything. Quite a bittersweet ending to a wonderful time in my life.

RYL:  Usually the tour is inspiration for new songs…… it does apply to this one as well? Have you written any new song? What inspired you?

Laura Wilde:  On tour I usually focus on the live performance aspect of the music rather than the writing process.  But, since the tour finished I have been working on a lot of new songs.  The inspiration has come from a range of different things, but mostly just how I’m feeling at the time.

Laura Wilde:  I tend to write lyrics straight from personal experiences or when I have a strong emotional reaction towards something.

RYL:  When did you learn to play guitar and who was the best guitar player that you have ever seen performing live?

Laura Wilde:  I started playing the guitar when I was twelve but I had always loved guitars since I was little.  On tour I was lucky enough to see Ted Nugent perform every night.  He is definitely one of the greatest and most inspirational guitar players I have seen performing live.

RYL:   “Sold My Soul” is your first album released in 2012, why have you selected this title and what is behind the lyrics of this song?

Laura Wilde:  The title ‘Sold My Soul’, I feel, is a metaphor for all of the sacrifices that I have had to make in order to pursue my passion for music.  I selected it as the title for the album because I felt that was the all-encompassing thread running through how I was feeling about the tracks.  The song ‘Sold My Soul’ was written in the euphoric state that I was in after moving to the USA and all of the places that I wanted to visit whilst on tour.

RYL:  Which is your “guilty pleasure” in music?

Laura Wilde:  I listen to the most cheesy pop music to get me psyched right before I go on stage.  The latest song has been ‘S Club Party’ by S Club 7.  Don’t hate me.

RYL:  Tell us everything about the song “For You”….

Laura Wilde:   The concept behind “For You” is about being trapped in a relationship where you are being under appreciated in a number of ways, and ultimately trying to gather enough strength to get out of it.  This song was recorded in Australia and was the first writing collaboration I ever did.

RYL:  Buddy Guy said in a recent concert in Los Angeles that the blues is dying because of the modern radios that are not giving to this music an opportunity anymore, what do you think about that?

Laura Wilde:  While it may be dying out as a ‘radio genre’, the blues is still very healthy and well attended in the live music scene.  As long as everyone keeps supporting their beloved blues artists it will always stay alive.

RYL:  Until today who gave you the best advise for your career?

Laura Wilde:  Lindsey Field, a vocal coach in Australia, told me that ‘singing correctly should be as effortless as speaking.’  That piece of advice has helped me no end.

RYL:  “Back Seat” is one of our favorite song of the album, do you agree with our choice? What inspired you while you were writing it?

Laura Wilde:  Thank you! “Back Seat” is also one of my favorites.  At the time that I was inspired by the concept of change and wanting to take control of a situation, hence the lyric, ‘back seat taking the wheel.’

Laura Wilde:  If it is just one of those days where it is impossible to feel focused or inspired then writing lyrics can sometimes be difficult.  I find that it is best to just leave the song for a while and walk around the block to get a clear head.

RYL: What is the funniest thing a fan ever told you?

Laura Wilde:  ‘You look a lot bigger on stage.  You’re actually quite teeny.’