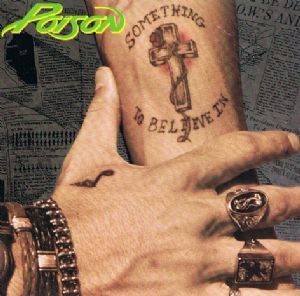 Something to believe in

Another band from the glam scene of Hair Metal of Los Angeles California, they are The Poison.

Their career started in 1983 in Pennsylvania and was founded by  lead vocalist Bret Michaels, guitarist Matt Smith (later replaced by CC Deville due to Smith departure from the band), bassist Bobby Dall, and drummer Rikki Rockett.

Poison had , during the years, an incredible success of public and sales with over 30 million copies sold; today they are still touring and preparing a new album , the 17th of their career.

“Something to believe in “ is part of the album “flesh and blood” published in 1990 and it has been released as second single out of it.

This song was dedicated to James Kimo Maano, a security guard and best friend of Bret Michaels who had died some time earlier.

Bret is describing how many disillusions exist in the world of today, the difference between rich and poor , the contradictions of the Vietnam War the lost of his best friend .

He will then ask God to show him the light on all this mess……..he will ask the Road to bring him home….

He will just ask, something to believe in….