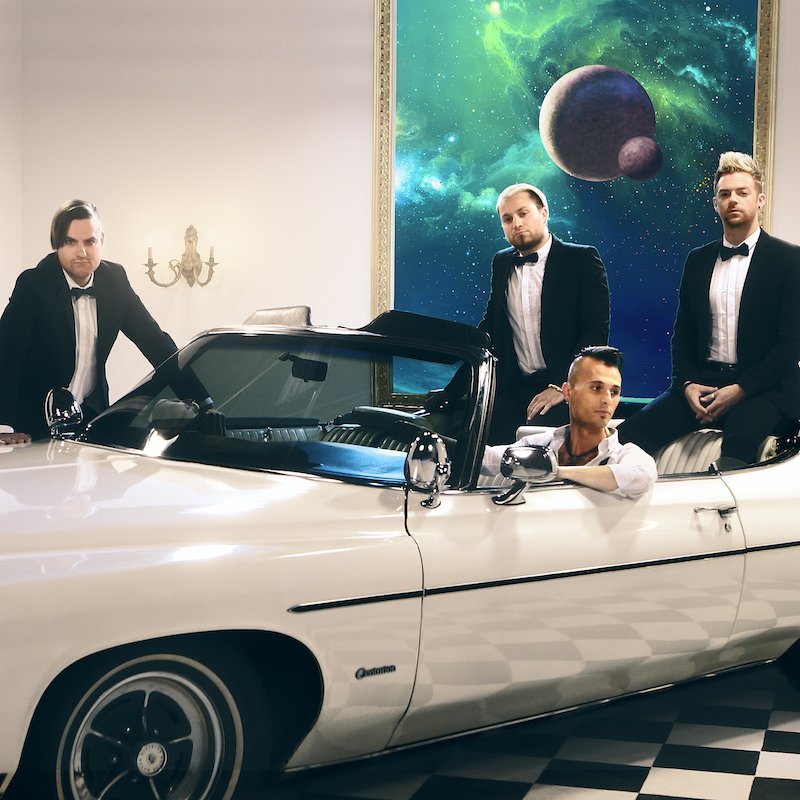 RYL: What does represent for you the release of the EP “SONICALUZION”?

SMASHING SATELLITES (http://smashingsatellites.com): It represents a new chapter of my life and another layer of my art. It represents new beginnings and an optimistic future. It is also a moment of vulnerability, which I think can be a beautiful thing.

RYL: Among the new songs released is the first single, “HOUNDS”…. We love it! What inspired its lyrics?

SMASHING SATELLITES: ‘Hounds’ actually isn’t the first single, but more the first song I wanted people to hear. I wanted to let everyone know that this project was going to be different from what they might know me for doing. We’ll be picking the first single very soon though.

‘Hounds’ in particular has a pretty interesting story behind it. It isn’t just a random song and video concept. ‘Hounds’ is a song I will never forget creating, because it created itself.

I was lying in bed in my apartment in LA, just staring at the ceiling, thinking about the direction of this record… where I wanted to take it, and where it needed to be.

The next morning I had a writing session to attend in Malibu and I was anxious over the fact that I didn’t have any fresh ideas floating through my head. Suffering from insomnia, I have extremely obscure sleep patterns… at times, it can be psychologically painful… even physically.

For once though, this handicap somewhat paid off… After many nights of literally no sleep, on this night I fell into a deep trance… one of the deepest sleeps I have ever fallen into. This cinematic-like dream began to unfold in this comatose state I was in. In this dream-state, I was laying in an open field looking up at a full moon.

When I looked down at my hands, they were large with long finger nails… I began to touch my face, forehead and chest, and noticed there was fur everywhere… as if I was part wolf… a beast of the night if you will. I then looked to my right and beside me was a beautiful woman. In this dream she was of the same species as me… covered in fur… looking through me with these giant green eyes… seducing me.

I crawled closer to her and began to touch her and sang “Hounds… we’re hounds… two animals tangled under the moon… I howl for you.”

And that was it… I woke up completely startled.

I recorded the melody and words on my computer and went back to sleep. The next morning I woke up and headed over to my writing session in Malibu. When I walked in, the producer I was working with asked me if I had any ideas. I said “well I had this really weird dream last night.

Do you wanna hear it?” And the song was written.

That day we finished writing and recording ‘Hounds.’ The majority of the song was recorded in that one day, including the vocals.

If you notice, the vocals on that song are almost quivery and hesitant, but we kept those takes because they were recorded in the moment and were a true representation of my unsettled feeling from the events of the evening past.

I wanted the video to depict my dream, but my dream never had a chance to end because I woke up, so I got to create and ending in the video. Also, that is my car (her name is Helene) that makes an appearance in the video and also Maxim beauty and friend Arielle Reitsma playing my were-woman.

SMASHING SATELLITES: Maybe more a common theme I would say. This record captures a period of time in my life. It’s almost a musical picture in a way. It is a timeline in music and words that follows the highest and lowest points of my life and career. It’s everything I would journal about. 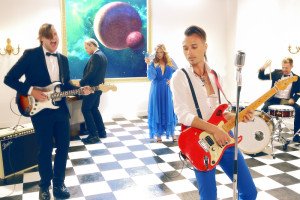 RYL: Do you remember the day you wrote “Like A Feather”?

SMASHING SATELLITES: I do actually. I was in LA sitting on a grungy curbside on Hollywood Blvd. In LA you can be on one side of a street and be surrounded by palm trees and mansions, and right across the street just complete grunge.

I was in a pretty depressed mood and I remember just staring at this white feather in front of me. It was so perfectly white and just sitting on top of and surrounded by pure darkness, filth and a general scene of grey. 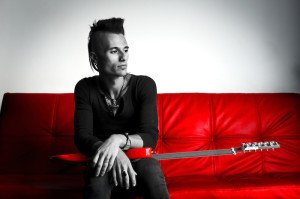 All of a sudden a car drove by and blew this feather into the air and I watched it sail over to the other side of the road which was completely colourful and beautiful.

The song then wrote itself. The feather to me depicted a person with so much to offer the world, but they were stuck in a place of grey and darkness. Maybe a small town they feel like they will never get out of… or a dark time in their life.

The car depicted another person showing this human in despair (the feather) that they can do anything if they try… that a world of colour is only arms reach away… you just have to be willing to see it and strive for it.

SMASHING SATELLITES: I don’t really have a particular process to be honest. I let songs write themselves… Kind of like the example above in ‘Like A Feather.’ 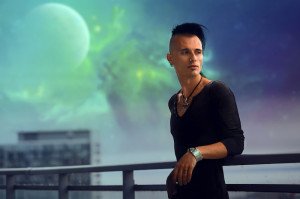 I’ve just become more keen at staying present to my surroundings because there is constantly little stories happening around you at all times. I also write in the moment about how I’m feeling.

Writing music is my equivalent to a journal. It catalogues the heights and falls of my life.

SMASHING SATELLITES: That’s a very hard question to answer because they are all so close to me. But ‘Taste Of Fame’ and ‘Calm Me Down’ are definitely the most vulnerable and honest lyrics I have ever written.

Even when I listen to those songs now it brings me back to some dark places.

RYL: Which is the meaning of “Calm Me Down”?

SMASHING SATELLITES: ‘Calm Me Down’ is about my deep battle with insomnia. There has been no prescription drug or doctor that has been able to cure me and allow me to execute what should be a simple human task.

However, there is someone in my life… one person… she is the only person that can calm me down and bring me back to reality. She gives me the beauty of sleep with her touch.

RYL: Will you be in tour soon? Excited for the Hard Rock Café performance?

SMASHING SATELLITES: We’re definitely excited to play the Hard Rock Toronto. It will be an amazing night. In terms of tours, we’re already starting to look at tours and shows are starting to be booked! We’ll be making some announcements in the coming months.

RYL: Which is the best advise you have been given, lyrically speaking?

SMASHING SATELLITES: Be 100% honest. Always. People see through the bullshit.